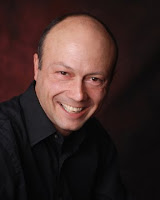 C.W. Gortner’s fascination with history, in particular the Renaissance, is a lifetime pursuit. He holds a Masters in Fine Arts in Writing with an emphasis on Renaissance Studies from the New College of California and has taught university seminars on the 16th century. In addition, he travels extensively to research his books. He’s experienced life in a medieval Spanish castle and danced a galliard in a Tudor great hall; dug through library archives all over Europe; and tried to see and touch — or at least gaze at through impenetrable museum glass — as many artifacts of the era as he can find.

He wrote his first novel in his teens and started pursuing publication in his mid-twenties. After thirteen years of rejection, he independently published his debut novel of suspense in the Tudor Court, THE SECRET LION, which was praised by the Historical Novel Society as “one of the most exciting debuts in years” and went on to become a Barnes&Noble.com hourly bestseller. After independently publishing his second novel THE LAST QUEEN, he was discovered by his current agent, who sold THE LAST QUEEN via auction in a two-book deal to Ballantine Books, Random House. Published in hardcover in July 2008, THE LAST QUEEN became a Marin Independent Journal bestseller and is currently being translated into eight languages. Ballantine will publish his third novel THE CONFESSIONS OF CATHERINE DE MEDICI in 2009.

C.W. is half-Spanish by birth, fully bilingual, and was raised in Fuengírola in southern Spain. He lives in Northern California with his partner and their beloved Corgi. In addition to his love for writing, he is a passionate advocate for the environment, animal rights, and literary causes.

He is represented by Jennifer Weltz at the Jean V. Naggar Literary Agency, Inc., and welcomes visitors at his website: http://www.cwgortner.com.