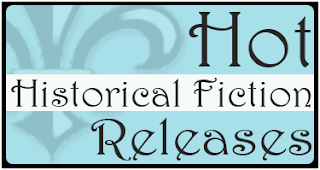 The Winter Palace: A Novel of Catherine the Great, Eva Stachniak

The Queen and the Courtesan, Freda Lightfoot

At the Mercy of the Queen, Anne Clinard Barnhill

Eclipse: A Novel of Lewis and Clark, Richard S. Wheeler

Secrets of the Tudor Court: At The Kings Pleasure, Kate Emerson

By The Kings Design, Christine Trent

Pistols for Two, Georgette Heyer
"Affairs of honour, affairs of the heart, and all the gallantry, villainy and elegance of the age that Georgette Heyer has made her own are exquisitely revived in these eleven short stories of the Regency".

The Turning of Anne Merrick, Christine Blevins
"A tale of love and espionage from the author of Midwife of the Blue Ridge...

She spies for General Washington, betrays the Redcoats and battles for America's independence...

It's 1777, and a fledgling country wages an almost hopeless struggle against the might of the British Empire. Brought together by a fateful kiss, Anne Merrick and Jack Hampton are devoted to each other and to their Patriot cause. As part of Washington's daring network of spies, they are ready and willing to pay even the ultimate price for freedom.

From battlefields raging along the Hudson, to the desperate winter encampment at Valley Forge and through the dangerous intrigue of British-occupied Philadelphia, Anne and Jack brave the trials of separation, the ravages of war and an unyielding enemy growing ever more ruthless.

For love and for country, all is put at risk-and together the pair must call upon their every ounce of courage and cunning in order to survive".
2.7.2012

The Garden Intrigue, Lauren Willig
"As Napoleon pursues his plans for the invasion of England, English operative Augustus Whittlesby gets wind of a top secret device, to be demonstrated over the course of a house party at Malmaison. The catch? The only way in is to join forces with that annoying American socialite, Emma Morris Delagardie, who has been commissioned to write a masque for the weekend’s entertainment. Even so, it should leave plenty of alone time with Augustus’ colleague (and goddess), Jane Wooliston, who has been tapped to play the heroine. Or so Augustus tells himself. In this complicated masque within a masque, nothing seems to go quite as scripted… especially Emma".

"Just in time for the centennial anniversary of the sinking of the Titanic comes a vivid, romantic, and relentlessly compelling historical novel about a spirited young woman who survives the disaster only to find herself embroiled in the media frenzy left in the wake of the tragedy.

Tess, an aspiring seamstress, thinks she's had an incredibly lucky break when she is hired by famous designer Lady Lucile Duff Gordon to be a personal maid on the Titanic's doomed voyage. Once on board, Tess catches the eye of two men, one a roughly-hewn but kind sailor and the other an enigmatic Chicago millionaire. But on the fourth night, disaster strikes".

The King's Agent, Donna Russo Morin
"The King’s Agent is based loosely on the life of Battista della Palla-a patriotic plunderer, a religious rogue-of the 16th century, a lifelong friend to the great Michelangelo.

As the cloistered ward of the Marquess of Mantua, Lady Aurelia is a woman with a profound duty, and a longing for adventure. In search of a relic intended for the King of France, Battista and Aurelia cross the breathtaking landscape of Renaissance Italy. Clues hide in great works of art, political forces collide, secret societies and enemies abound, and danger lurks in every challenge, those that mirror the passages of Dante's Divine Comedy. It is an adventurous quest with undercurrents of the supernatural, powers that could change the balance of supremacy throughout Europe".
~Lizzie~