Richard III is confirmed at Leicester 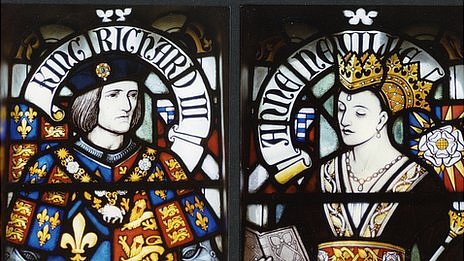 Today is the day, Richard III has been found and DNA confirmed! I am elated that he has been found because now it has been decided that a tomb and monument tomb of some sorts will be made for him at Leicester. This is a archeology find for a generation and hopefully the new findings on Richard will bring to light some new insights on him. Richard is a king that deserves respect and in historical fiction he is always a dark evil character or the radiant white knight for Anne Neville. If you read any historical novels then you understand the turmoil of the War of the Roses. If you know that then you also know that most there is a fierce debate between history junkies, professors, historians, novelist and just all history lovers alike about Richard. Was Richard so evil that he murdered his two nephews? These were the children of his favorite older brother. Richard had sworn to protect them. I think it logical to think outside the box and theorize that many other fractions and distant relations had their own motives to try and bring Richard and Anne down from their pedestals. Margaret Beaufort and her husband Lord Stanley had motive and most important Lord Stanley had the keys to the tower. The duke of Buckingham also, and any one with the house of Lancaster ties could have done it. For more on the boys check out the post I did on the The Bloody Tower and The Lost Princes it covers a report on the mystery bones found under the stairs that have been rumored to be the York boys. It has been a long time Richard and hopefully very soon Richard will be reburied with all the honors that England's last king to die in battle deserves. 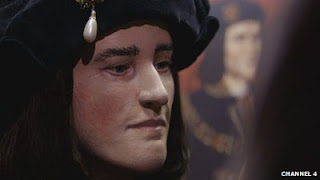 My Top picks on Richard III

Pale Rose of England by Sandra Worth
From the award-winning author of The King's Daughtercomes a story of love and defiance during the War of the Roses.

But rather than assuming the throne, Catherine would soon be prisoner of King Henry VII, and her beloved husband would be stamped as an imposter. With Richard facing execution for treason, Catherine, alone in the glittering but deadly Tudor Court, must find the courage to spurn a cruel monarch, shape her own destiny, and win the admiration of a nation.

Queen by Right by Anne Easter Smith
History remembers Cecily of York standing on the steps of the Market Cross at Ludlow, facing an attacking army while holding the hands of her two young sons. Queen by Right reveals how she came to step into her destiny, beginning with her marriage to Richard, duke of York, whom she meets when she is nine and he is thirteen. Raised together in her father’s household, they become a true love match and together face personal tragedies, pivotal events of history, and deadly political intrigue. All of England knows that Richard has a clear claim to the throne, and when King Henry VI becomes unfit to rule, Cecily must put aside her hopes and fears and help her husband decide what is right for their family and their country. Queen by Right marks Anne Easter Smith’s greatest achievement, a book that every fan of sweeping, exquisitely detailed historical fiction will devour.

The Stolen Crown by Susan Higginbotham
Trapped in the Wars of the Roses, one woman finds herself sister to the queen...and traitor to the crown. Katherine Woodville's sister never gave her a choice. A happy girl of modest means, Kate hardly expected to become a maker of kings. But when her sister impulsively marries King Edward IV in secret, Katherine's life is no longer hers to control...

To The Tower Born by Robin Maxwell
What happened to the lost princes of York Debated for more than five centuries, the disappearance of the young princes Edward and Richard from the Tower of London in 1483 has stirred the imaginations of numerous writers from Shakespeare to Josephine Tey and posited the question: Was Richard III the boys' murderer, or was he not? In a captivating novel rich in mystery, color, and historical lore, Robin Maxwell offers a new, controversial perspective on this tantalizing enigma.

The events are witnessed through the eyes of quick-witted Nell Caxton, only daughter of the first English printer, William Caxton, and Nell's dearest friend, "Bessie," daughter of the King of England, sister to the little princes, and founding ancestress of the Tudor dynasty.

With great bravery and heart, the two friends navigate this dark and dangerous medieval landscape in which the king's death sets off a battle among the most scheming, ambitious, and murderous men and women of their age, who will stop at nothing to possess the throne of England.