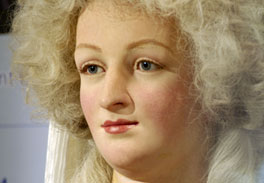 !WARNING THIS POST DOES CONTAIN MATERIAL THAT IS GRAPHIC. DISCRETION IS ADVISED!

Since HFBRT is rolling out the red carpet for Christine Trent I figured it was about dang time for a good creative post. Plus the story inspired me to do some research of my own to see some of these mentioned death masks that were made by Madame Tussaud. The subject can be a bit disturbing but I think it is morbidly interesting. I mean really who would have known Napoleon's nose was so big, it did not show like that in the paintings. Even with that nose I still think that he was a very handsome man. In the up coming new release of "A Royal Likeness" Trent covers the later years of Madame Tussuad's life in England which does not include anymore death masks with the novels main character Marguerite. The picture above is the current Marie Antoinette at Madame Tussaud's exhibit in London.

"In Western cultures a death mask is a wax or plaster cast made of a person’s face following death. Death masks may be mementos of the dead, or be used for creation of portraits. It is sometimes possible to identify portraits that have been painted from death masks, because of the characteristic slight distortions of the features caused by the weight of the plaster during the making of the mold. In other cultures a death mask may be a clay or other artifact placed on the face of the deceased before burial rites. The best known of these are the masks used by ancient Egyptians as part of the mummification process, such as Tutankhamon’s burial mask". 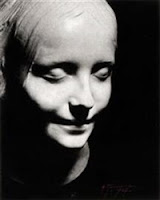 Creepy but one good thing that has come out of these masks is that one death mask known as L'Inconnue de la Seine which was taken in late 1880s in Paris of a unidentified woman who was found to have drowned in the Seine River. The masks original purpose was to serve like a Jane Doe picture in helping the relatives of the deceased recognize them if they were seeking a missing person. Many people found L'Inconnue de la Seine so beautiful that it became the fashion to have a mask of her in ones home. Her mask has been in use even today it has helped give a face to "the the world’s first CPR training mannequin, introduced in 1960, was modeled after L'Inconnue de la Seine" her name is Rescue Anne. 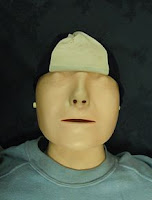 !Readers Beware below is not meant for the faint of heart! 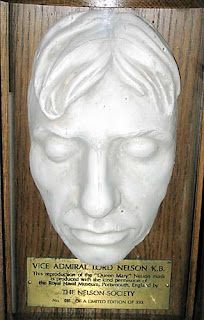 Vice Admiral Lord Nelson life Mask.
"Gentlemen, when the enemy is committed to a mistake we must not interrupt him too soon".
"I have only one eye, I have a right to be blind sometimes... I really do not see the signal"! 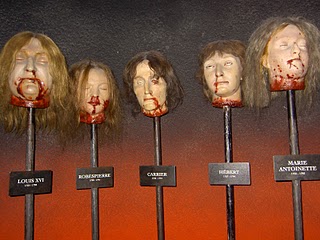 Death masks of Louis XVI on the far left with Robespierre next to him and Marie Antoinette on the far right. 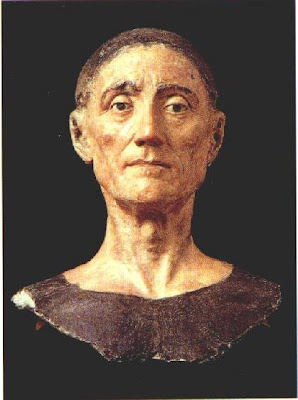 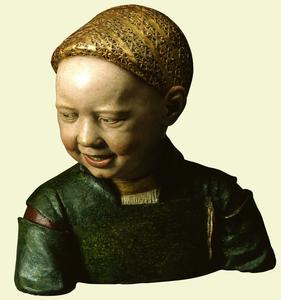 Henry VIII as a child, said to be made from a life mask but not confirmed to be him.
"We are, by the sufferance of God, King of England; and the Kings of England in times past never had any superior but God." 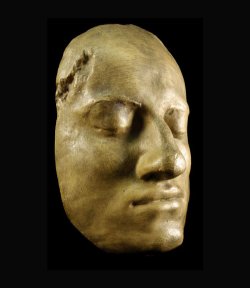 Death mask of Charles XII, King of Sweden.
"Why then are you sad? God and I are still alive". 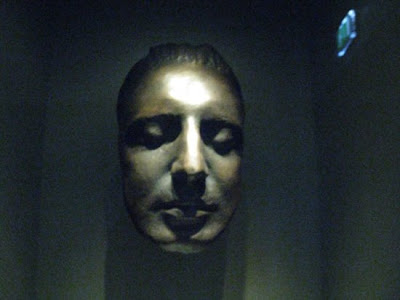 Mozart's death mask.
“To talk well and eloquently is a very great art, but that an equally great one is to know the right moment to stop.”
“Neither a lofty degree of intelligence nor imagination nor both together go to the making of genius. Love, love, love, that is the soul of genius.” 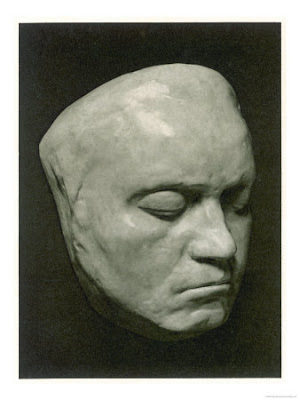 Beethoven's life mask.
"Art! Who comprehends her? With whom can one consult concerning this great goddess"?
"What you are, you are by accident of birth; what I am, I am by myself. There are and will be a thousand princes; there is only one Beethoven". 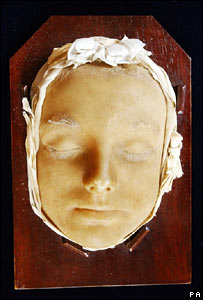 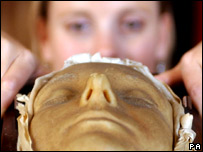 Mary Queen of Scots.
"In my end is my beginning". 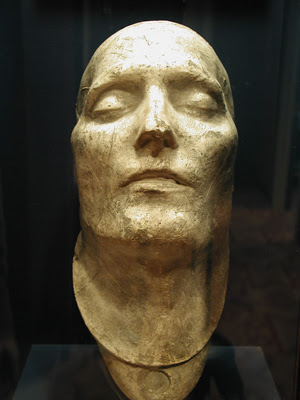 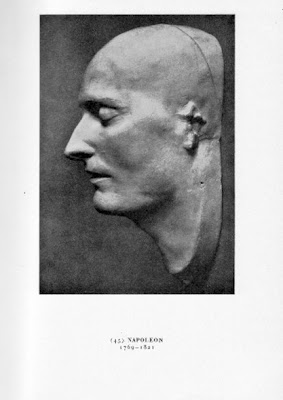 Napoleon's death mask that was taken at St. Helena.
"It is the cause, not the death, that makes the martyr".
"In politics stupidity is not a handicap".
"A throne is only a bench covered with velvet".
"A leader is a dealer in hope". 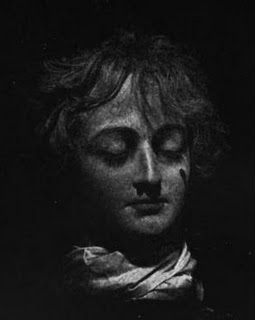 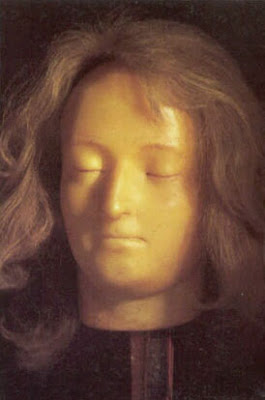 Death Mask by Madame Tussuad of Marie Antoinette.
“I was a queen, and you took away my crown; a wife, and you killed my husband; a mother, and you deprived me of my children. My blood alone remains: take it, but do not make me suffer long.” 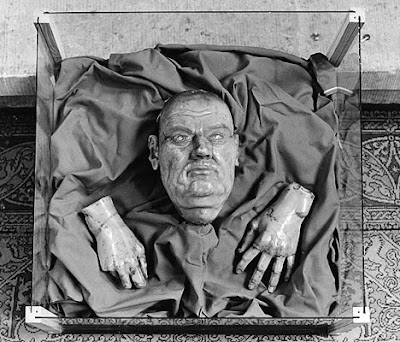 Death mask and gloves of Martin Luther.
"I am more afraid of my own heart than of the pope and all his cardinals. I have within me the great pope, Self".
"I have held many things in my hands, and I have lost them all; but whatever I have placed in God's hands, that I still possess".
"When schools flourish, all flourishes".
"You are not only responsible for what you say, but also for what you do not say". 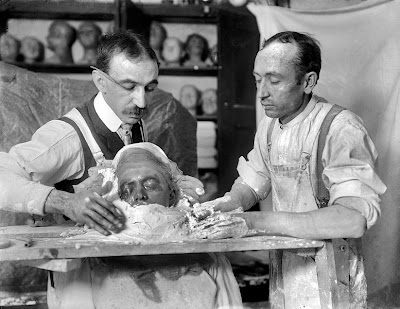