The ever growing Jean Plaidy collection is nearing a completion and I just had to share all of it because I am so proud of it. Thank you Arleigh for the last one I needed to complete the Tudor series, "Murder Most Royal" is not an easy book to find.

List courtesy of Arleigh and Lucy at RoyalIntrigue.net for the full and complete list check out here. Here are my completed Plaidy sets: 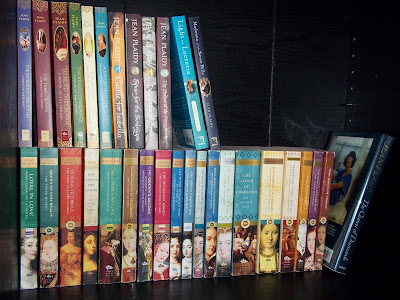 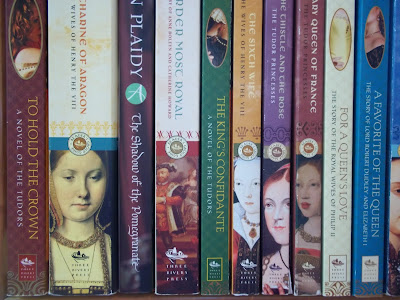 Tudor Series
To Hold the Crown
Katherine of Aragon
Murder Most Royal
The King's Confidant
The Sixth Wife
The Thistle and the Rose
Mary, Queen of France
For a Queen's Love
A Favorite of the Queen 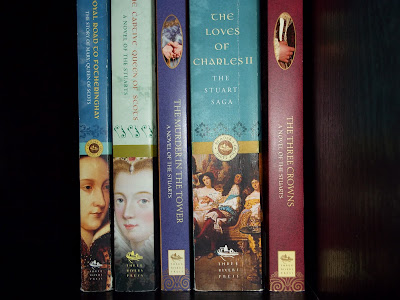 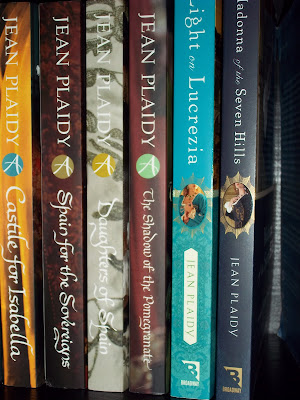 Ferdinand and Isabella Series
Castile for Isabella
Spain for the Sovereigns
Daughters of Spain
Lucrezia Borgia Series
Madonna of the Seven Hills
Light on Lucrezia
I will forever be on the look out for this one and since I read it and got it from the library I made sure I photocopied each and every page just so I know it is there.
Rochester: The Mad Earl by Kathleen Kellow pen name of Jean Plaidy. Rochester: The mad Earl

on Amazon listed for 3,000 dollars 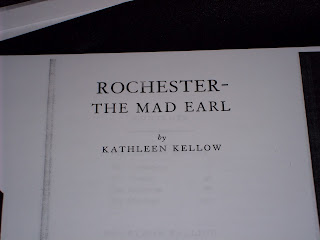 My Next Plaidy Goals,

The Three Crowns: The Story of William and Mary

(own)
The Haunted Sisters
The Queen's Favorites or Last of the Stuarts Vol. 1,2,3 above works combined