Elizabeth I and Mary Queen of Scots Quote Cards: Today in History 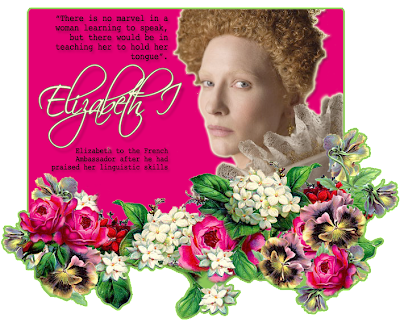 I figured it was about time I get onto something fun and do another day in history but that turned into a few brand new quote cards to honor Mary Queen of Scots and Elizabeth I on the day that Mary was executed. If you did not know I will clue you in real quick here. Today in history on February 8th 1587 Mary Queen of Scots was executed by her cousin Queen Elizabeth I of England at Fotheringhay Castle.
"There is no marvel in a woman learning to speak, but there would be in teaching her to hold her tongue" Elizabeth I 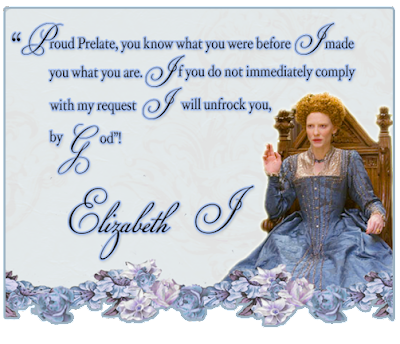 Both women in their own right held high respectable qualities that even today many women of the modern world still can and do admire. The pair how ever could not have been more different. With Mary being a die hard Catholic and Elizabeth labeled as the "Protestant Queen". In my mind they both were beautiful, intelligent, and very powerful in a time when almost everywhere else in the world was ruled by man. Both ladies are in my thoughts today and Elizabeth I believe never really wanted to execute Mary but Mary being the man hopper she was, left her with no other choice but to dispelled her from this world so the rebellions in her name would stop. I think had Mary grown up in Scotland instead of France the two cousins could have been very close friends since they shared so many common things in life.
"Proud Prelate, you know what you were before I made you what you are. If you do not immediately comply with my request I will unfrock you by God"!

I have to give it to Mary though for being brave at the end of the road and really the rebellious red martyr petticoat she was executed in was a perfect slap back in Elizabeth's face. I bet she never forgot it either.The above blue picture is the look I picture on Elizabeth's face when she heard about the red petticoat Mary wore to her death. 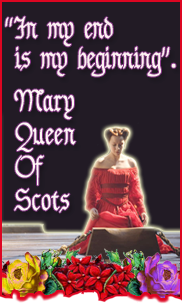 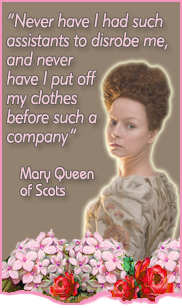 You can also click on the image for a larger version to see it in its original form, trust me they are a lot bigger. I hope all of you enjoyed my quote cards and for more on Mary and Elizabeth here is a list of some of my favorite posts on both the ladies.