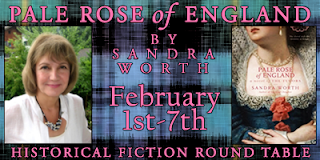 Historical Fiction Round Table is proud to announce our grand event for February. The all time fabulous author Sandra Worth and in fact her new release "Pale Rose of England

" just hit stores as of today. I want to tell you all everything about this novel but I will have to hold myself back but what I can say so far is this is a MUST READ HF for 2011. For more on the event check out the HFRT main sites and schedule of events. 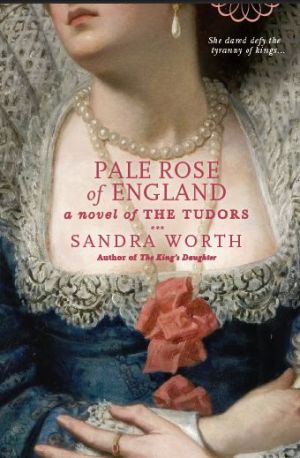 "From the award-winning author of The King's Daughter comes a story of love and defiance during the War of the Roses.


But rather than assuming the throne, Catherine would soon be prisoner of King Henry VII, and her beloved husband would be stamped as an imposter. With Richard facing execution for treason, Catherine, alone in the glittering but deadly Tudor Court, must find the courage to spurn a cruel monarch, shape her own destiny, and win the admiration of a nation.

About the Author: Sandra Worth is the acclaimed author of five historical novels chronicling the demise of the Plantagenet dynasty in England. Each is the recipient of multiple awards that include three coveted Reviewers Choice Awards and a "Best Books" 2009 national pick from USA Booknews.com. She lives in Texas. Visit her website at www.sandraworth.com".

Check out this amazing book trailer for "Pale Rose of England" it is by far one of the best trailers I have ever seen. This just proves history is still hot and YES Richard Duke of York is one sexy sexy man in this trailer. Enjoy everyone!