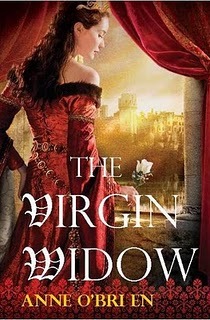 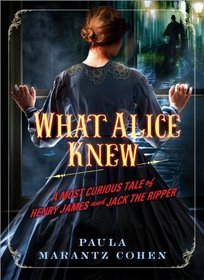 No one could be more suited to gather evidence about the nature of the killer than her brothers. But if anyone is going to correctly examine the evidence and solve the case, it will have to be up to her".
~Lizzie~
6 comments: 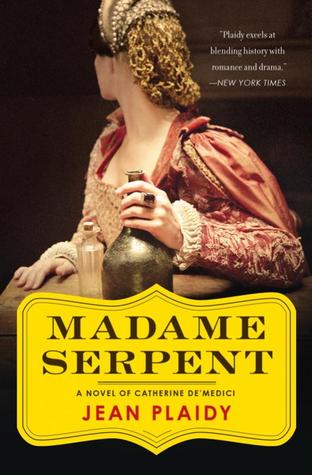 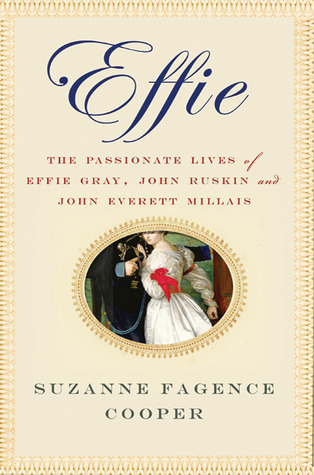 Effie The passionate lives of Effie Gray, John Ruskin and John Everett Millais, Susanne Fagence Cooper
"Effie Gray, a beautiful and intelligent young socialite, rattled the foundations of England’s Victorian age. Married at nineteen to John Ruskin, the leading art critic of the time, she found herself trapped in a loveless, unconsummated union after Ruskin rejected her on their wedding night. On a trip to Scotland she met John Everett Millais, Ruskin’s protégé, and fell passionately in love with him. In a daring act, Effie left Ruskin, had their marriage annulled and entered into a long, happy marriage with Millais. Suzanne Fagence Cooper has gained exclusive access to Effie’s previously unseen letters and diaries to tell the complete story of this scandalous love triangle. In Cooper’s hands, this passionate love story also becomes an important new look at the work of both Ruskin and Millais with Effie emerging as a key figure in their artistic development. Effie is a heartbreakingly beautiful book about three lives passionately entwined with some of the greatest paintings of the pre-Raphaelite period".~Lizzie~
3 comments:

The King's Daughter by Christie Dickason
"The daughter of James I, the Princess Elizabeth would not be merely her father's pawn in the royal marriage market.

The court of James I is a dangerous place, with factions led by warring cousins Robert Cecil and Francis Bacon. While Europe seethes with conflict between Protestants and Catholics, James sees himself as a grand peacemaker—and wants to make his mark by trading his children for political treaties.

Henry, Prince of Wales, and his sister, Elizabeth, find themselves far more popular than their distrusted father, a perilous position for a child of a jealous king. When Elizabeth is introduced to one suitor, Frederick, the Elector Palatine, she feels the unexpected possibility of happiness. But her fate is not her own to choose—and when her parents brutally withdraw their support for the union, Elizabeth must take command of her own future, with the help of an unexpected ally, the slave girl Tallie, who seeks her own, very different freedom".

Wicked Company by Ciji Ware
"If Shakespeare had a sister... In 18th century London the glamorous Drury Lane and Covent Garden theatres were all the rage, beckoning every young actor, actress, playwright, and performer with the lure of the stage lights. But competition and back-biting between theatre owners, patrons, actors, and writers left aspiring playwrights with their work stolen, profits withheld, and reputations on the line. For a female, things were harder still, as the chances of a "petticoat playwright" getting past the government censor was slim.

In this exciting and cutthroat world, a young woman with a skill for writing and an ambition to see her work performed could rise to glory, or could lose all in the blink of an eye...

In Ciji Ware's signature style, real-life characters of the day create a backdrop for a portrait of a glittering era, a love story, and a compelling glimpse into what life was like for a strong and independent-minded woman in an emphatically man's world".

Shanghai Girls by Lisa See
"In 1937 Shanghai—the Paris of Asia—twenty-one-year-old Pearl Chin and her younger sister, May, are having the time of their lives. Both are beautiful, modern, and carefree—until the day their father tells them that he has gambled away their wealth. To repay his debts, he must sell the girls as wives to suitors who have traveled from Los Angeles to find Chinese brides. As Japanese bombs fall on their beloved city, Pearl and May set out on the journey of a lifetime, from the Chinese countryside to the shores of America. Though inseparable best friends, the sisters also harbor petty jealousies and rivalries. Along the way they make terrible sacrifices, face impossible choices, and confront a devastating, life-changing secret, but through it all the two heroines of this astounding new novel hold fast to who they are—Shanghai girls".

Jurassic Park by Michael Crichton
"Bioengineers clone 15 species of dinosaurs and establish an island preserve where tourists can view the large reptiles; chaos ensues when a rival genetics firm attempts to steal frozen dinosaur embryos, and it's up to two kids, a safari guide and a paleontologist to set things right. PW called this, "A scary, creepy, mesmerizing technothriller with teeth".