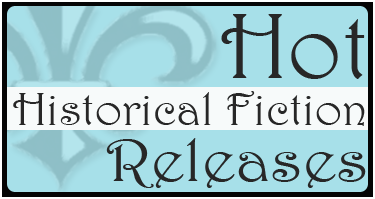 From the award-winning author of The King's Daughter comes a story of love and defiance during the War of the Roses.

"It is 1497. The news of the survival of Richard Plantagenet, Duke of York, has set royal houses ablaze with intrigue and rocked the fledgling Tudor dynasty. With the support of Scotland's King James IV, Richard-known to most of England as Perkin Warbeck-has come to reclaim his rightful crown from Henry Tudor. Stepping finally onto English soil, Lady Catherine Gordon has no doubt that her husband will succeed in his quest.

But rather than assuming the throne, Catherine would soon be prisoner of King Henry VII, and her beloved husband would be stamped as an imposter. With Richard facing execution for treason, Catherine, alone in the glittering but deadly Tudor Court, must find the courage to spurn a cruel monarch, shape her own destiny, and win the admiration of a nation".

2.1.2011
The Tudor Secret (The Elizabeth I Spymaster Chronicles)

"In Gortner's latest riveting historical (after The Last Queen), the influential Dudley family sends orphan servant Brendan Prescott to serve their cruel son, Lord Robert, at King Edward's court, and the young man is soon caught up in intrigue, suspicion, and shifting loyalties. Young King Edward is under the thumb of the Dudleys, but illness is greatly affecting his influence. Then the lion-eyed Princess Elizabeth, whom the Dudleys view as a threat, arrives and Prescott becomes a spy for her protector, William Cecil. Deeper involvement in the conspiracies surrounding the throne makes Prescott increasingly uncertain of loyalties, including his own, and he begins to question his fate and identity. In Gortner's capable hands, Prescott is a believable and enjoyable hero, a man of strong loyalties but naïve enough to be exploited. And while the Dudleys are mostly broadly drawn villains, Robert has depth, and though readers familiar with the Tudor era will know the key players, they may be surprised by their depiction here. Gortner handles action with aplomb, adding a riveting, fast-paced thriller to the crowded genre of Tudor fiction".

"A grand-scale historical novel from the national bestselling author of Mistress Shakespeare.

Born into a first family of Ireland, with royal ties on both sides, Elizabeth Fitzgerald-known as Gera-finds her world overturned when Henry VIII imprisons her father, the Earl of Kildare, and brutally destroys her family. Torn from the home she loves, her remaining family scattered, Gera dares not deny the refuge offered her in England's glittering royal court. There she must navigate ever-shifting alliances even as she nurtures her secret desire for revenge. From County Kildare's lush green fields to London's rough-and-tumble streets and the royal court's luxurious pageantry, The Irish Princess follows the journey of a daring woman whose will cannot be tamed, and who won't be satisfied until she restores her family to its rightful place in Ireland".


"Starred Review. While providing insight into famously doomed Empress Alexandra Romanov, Gelardi (Born to Rule) focuses on four lesser known but indomitable women who achieved glory at the height of czarist Russia's global power only to witness its fall to revolution. Danish-born Empress Marie Feodorovna (Nicholas II's mother) and three of her sisters-in-law: Greek Queen Olga, Grand Duchess Marie Pavlovna, and Duchess Marie Alexandrovna, developed from four extravagantly indulged girls into dominant matriarchs who still could not prevent the decline of royalty and centuries-old traditions. Relating the drama and tragedy of royal life, Gelardi ably weaves in the extended family ties that connected most European rulers, including Queen Victoria, while also including helpful genealogy charts. Gelardi's narrative framework of the four Romanov women's long lives works well to explain not only the realities of the European courts and alliances but also the unique aspects of the Russian dynasty, which suffered repeated assassination attempts even during the age of splendor, resulting in young Nicholas II's observation of his grandfather's murder, possibly hastening Russia's slide to revolution. 16 pages of b&w photos".

"In this dazzling retelling of one of Ireland’s most stirring legends, acclaimed author Jules Watson brings to life the story of Maeve, the raven queen, who is as fierce as she is captivating.

She was born to be a pawn, used to secure her father’s royal hold on his land. She was forced to advance his will through marriage—her own desires always thwarted. But free-spirited Maeve will no longer endure the schemes of her latest husband, Conor, the cunning ruler of Ulster. And when her father’s death puts her homeland at the mercy of its greedy lords and Conor’s forces, Maeve knows she must at last come into her own power to save it.

With secret skill and daring, Maeve proves herself the equal of any warrior on the battlefield. With intelligence and stealth, she learns the strategies—and sacrifices—of ruling a kingdom through treacherous alliances. And to draw on the dangerous magic of her country’s oldest gods, Maeve seeks out the wandering druid Ruan, whose unexpected passion and strange connection to the worlds of spirit imperil everything Maeve thought true about herself—and put her at war with both her duty and her fate".