My first author Q and A interview and it is Kate Emerson! Her novel "Secrets of the Tudor Court: Pleasure Palace" is a favorite of mine. She was gracious enough to guide me through my first interview. Thank You Kate and I am so looking forward to "Between Two Queens". Here we go!

Q: Jane Popyncourt is not a typical or well know name in historical fiction, what inspired you to write a novel about her?

A: It was because she ISNT well known. I’ve always been more interested in the people on the fringes of the royal courts, and in those who never even went to court, than in the historical figures everyone has heard of. Jane in particular caught my attention because historians couldn’t seem to make up their minds about her. They didn’t even agree on whether she came to England from France or from Flanders, which is why I invented a parent from each of those places for her. Then, as I did more research, I discovered that some of the “facts” about Jane were just plain wrong. For one thing, the duc de Longueville didn’t set her up in the Louvre (implying close to the royal court) after she arrived in France in 1516. The Louvre was in ruins at that time and wasn’t used for much of anything. And, more importantly, Longueville died only a few months after Jane left England.

Q: In your research for "Secrets of the Tudor Court: Pleasure Palace" how difficult was it to find references to such a mysterious lady? How long was your research process?

A: This is a tough question to answer because I’ve been doing research on sixteenth century women for a very long time—over thirty years. My first published book, way back in 1984, was WIVES AND DAUGHTERS: THE WOMEN OF SIXTEENTH CENTURY ENGLAND. It’s horribly out of date now, since there is a great deal more information available these days than there was when I was writing it back in the early 1980s, but I made notes on my copy over the years and when I launched by KateEmersonHistoricals.com website, I started putting updated entries online. This is still a work in progress, but it gives me a wealth of information to draw on for my novels. Essentially, I read every book on the sixteenth century I can get my hands on, especially biographies, and pick up bits of information about little-known women (a footnote here and a sentence there) along the way. One of my major sources for information on Jane was a biography, MARY TUDOR, THE WHITE QUEEN, by Walter C. Richardson.


Q: For historical accuracy since there is not readily too much information available on her what historical liberties did you take to complete Jane?

A:Part of Jane’s appeal as a character (and this goes for Anne Bassett, protagonist of my next novel, too) was that there are so many questions about her. Where did she come from? Why was she, of all the girls Henry VII might have chosen, selected to be a companion to his two daughters? Who were her parents and what happened to them? And then, later in her life, the big question: why was King Louis so set against letting her accompany Henry VIII’s sister Mary to France? The history books say it was because of her affair with Longueville, but the French weren’t prudish about mistresses. Besides, King Louis reportedly said Jane should be burnt. Burning was the punishment for witchcraft (in France; in England witches were hanged) and for petty treason, which was the murder of a husband or, in the case of a servant, a master. I thought Louis’s comment very strange, given the circumstances, so I devoted a great deal of thought to coming up with an explanation that made sense to me. There was also a rumor that Jane was Henry VIII’s mistress, just because he gave her a parting gift of £100. Granted this was a generous present, but she’d been a loyal retainer of the royal family for a very long time and I don’t believe it implies anything in particular about her relationship with Henry. It did provide the inspiration for another scene in the novel, however.

So, what liberties did I take? Quite a few. I didn’t change anything that is known about Jane, but those gaps in our knowledge of her background and activities were fair game. I don’t want to give away too much for those who haven’t read THE PLEASURE PALACE, so suffice it to say I invented a reason for Henry VII to take an interest in Jane as well as two reasons why her mother (who is entirely fictional) brought her to England from France. Jane comes to believe that her mother was murdered. Could she have been? And could the high-profile person Jane finally concludes was responsible really have killed someone for that reason? Such things did happen in the Tudor era and I hope I’ve presented a convincing case with circumstantial evidence. In real life, of course, there was no such murder, but everything else Jane knows about the people she suspects—the actions they took and the choices they made—comes right out of the history books. Jane (and I) have just come up with our own interpretation of the facts. The other big question about Jane is what happened to her after she left England. She wrote letters to the king’s sister and sent gifts to the children Mary Tudor had by Charles Brandon, so we know that she was comfortably well off in France. And on at least one occasion, Mary wrote to Jane to ask her to use her influence at the French court, so she had obviously met a few of the movers and shakers there. But, as I said in answer to your earlier question, it was not as Longueville’s mistress that she remained in France. I admit to wanting Jane’s story to have a happy ending. Since I had to make one up anyway, and we don’t know who Jane’s father was or if she ever married, I felt free to invent what might have happened. 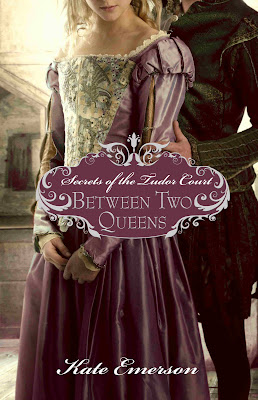 Q: On your upcoming Novel, how excited are you that your second novel "Secrets of the Tudor Court, Between Two Queens" is Due to release January 5Th 2010?

A: I’m eagerly looking forward to it, especially since I’ve just (early September) finished proofreading the “first pass pages”—what were called galleys in the days before computers. BETWEEN TWO QUEENS takes place in 1537-1543, more than twenty years after THE PLEASURE PALACE ends, and there have obviously been some changes at court, but King Henry is still there and still has an eye for the ladies.

Q: Is there a special novel in your heart that changed you life? Also what are you currently reading?

A: I can’t pinpoint any one novel that changed things for me, either one I read or one I wrote, but I grew up reading my father’s favorite authors—Thomas B. Costain, Frank Yerby, and Margaret Campbell Barnes. A little later I discovered Anya Seton’s novels, and then the incomparable Dorothy Dunnett. These days I tend to read mostly genre fiction (and nonfiction, of course) rather than historicals. It’s too easy to pick up other novelists interpretations of history if I read novels et in the same period I write about. So, I read what I don’t write. I’m a big fan of Charlaine Harris’s Sookie Stackhouse series and paranormal mysteries by Kim Harrison and Jim Butcher. As I write this, I have bookmarks in two novels. One is Lindsay Davis’s latest Falco mystery, ALEXANDRIA, set in Roman times. The other is an older historical romance from Jo Beverley, SKYLARK, set in the Regency period. I’m reading it for the second time. In fact, over the last couple of months I’ve been rereading all of her “Company of Rogues” series.