A: I am going to have to go back to a previous BTT question because this book still stands out to me as the saddest book I have recently read. I listed it before as a "most serious" recent read. 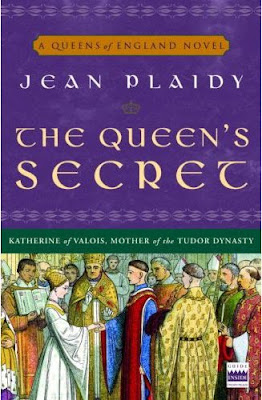 "Katherine of Valois was born a princess, the daughter of King Charles VI of France. But by the time Katherine was old enough to know him, her father had come to be called “Charles the Mad,” given to unpredictable fits of insanity. The young princess lived a secluded life, awaiting her father’s sane moments and suffering through the mad ones, as her mother took up with her uncle and their futures became more and more uncertain. Katherine’s fortunes appeared to be changing when, at nineteen, she was married to King Henry V of England. Within two years, she gave birth to an heir—but her happiness was fleeting. Soon after the birth of her son, she lost her husband to an illness.

With Joan of Arc inciting the French to overthrow English rule, Katherine’s loyalty to her adopted homeland of England became a matter of intense suspicion. Katherine had brought her dowry and borne her heir; what use was she to England? It was decreed that she would live out her remaining years alone, far from the seat of power. But no one, not even Katherine herself, could have anticipated that she would fall in love with and secretly marry one of her guardians, Owen Tudor—or that a generation later, their grandson would become the first king of the great Tudor dynasty."

Email ThisBlogThis!Share to TwitterShare to FacebookShare to Pinterest
Labels: Booking through Thursday