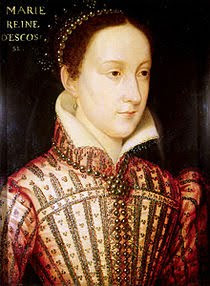 "The last letter of Mary Queen of Scots, written on the eve of her execution, is going on display at the National Library of Scotland, Reuters reports.
Mary, once queen of France, wrote the letter to her brother-in-law, the king of France after she was told that she would be executed for treason against her cousin, Queen Elizabeth I of England.
Mary was overthrown from the Scottish crown and fled to England in 1568, at the mercy of the English queen. As a Catholic, she was considered a threat to the Protestant Elizabeth, as Catholics in England thought she had a stronger claim to the English throne. Mary was beheaded in 1587. Her remains lie in Westminster Abbey."

The letter will only be on display until the 21st of September, a very short time. If you would like to read the very interesting full article go here to Yahoo! News