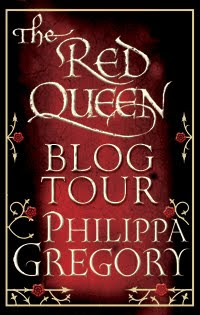 Hello and happy Monday to everyone. As many of you know I am participating in "The Red Queen" blog tour this year. "The Red Queen" hit  US bookstores August 3rd and will hit UK bookstores on August 19th I am proud to announce that Philippa Gregory has decided to pay a visit with a wonderful guest post. With out further delay please welcome Philippa Gregory to Historically Obsessed.

History and Fiction
By
Philippa Gregory

Which historical women do you most admire and why?
I admire women in history who have been women of independence and have tried to live their lives according to their own standards and beliefs. In some societies this is terribly difficult – such as medieval England where women had no legal rights at all but belonged to their fathers, and on marriage, to their husbands. But even in these oppressive societies we see women educating themselves, like Margaret Beaufort of The Red Queen, setting their own standards and making a difference like the extraordinary Anne Boleyn in The Other Boleyn Girl, or acting skilfully and politically like Elizabeth Woodville in The White Queen. I find these examples – though so far from our own lives today – very inspiring in terms of what it is to be a woman without power and yet to make a space for yourself in the world. 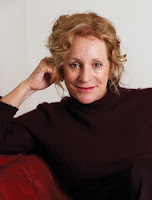 Why write fiction and not history?
For the novelist, it can be much the same process. In the absence of any biography on a new character (Jacquetta, Duchess of Bedford) I am writing the biography as straight history and then writing the fiction which turns out to be a re-imagined version of the facts. They will be published alongside each other so the research work for this novel will be exactly the same as writing a biography. Certainly fiction is not "easier". What I find, when I move from the one form to another, is that the fiction is the inner life, dialogue, things we don't know but can only suspect, things that history is not much interested in like detail, things that history does not want to know much about as we now "know" is erroneous, but at the time was taken seriously like magic and alchemy. History is not much interested in ventures which fail or are scientific cul de sacs, but these are of great interest to the novelist. Of course the novel also needs a quite different structure to a history: the arc of the story, the satisfaction of the narrative selection, and a parallel life of symbolism in metaphor and language.

What's also striking is that in recent years - perhaps since the explosion of interest in the biography in the early 80s, is that the techniques of writing history have become more and more like those of a novel, so that someone like Starkey actually describes his process as like writing a novel. Historians are allowing themselves to speculate and to imagine more, and their writing is becoming more and more like fiction. 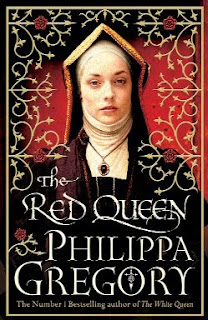 Why read fiction and not history?
Sometimes it is an answer as simple as that a good historical novel is going to be easier and more enjoyable to read than a history for most people. The author has pinpointed the interesting events and characters and linked them together into a narrative. You don't need to know all the details of armor and weaponry to understand and enjoy a rip-roaring description of a battle. You don't need the topography of the landscape just a sense of how it feels. Many people don't like and don't want to read non-fiction; but they might like the sense that what they are reading is somehow "real". For them a good historical novel gives them the sense of being somewhere else entirely and yet also a sense of relevance.

Part 2 of this exclusive blog entry by Philippa Gregory will be published on the 26th August.

Thank you Philippa for sharing such a wonderful piece with us,  I enjoyed it very much. One of the big reasons I love historical fiction is that it is not a bio and should never be one. I love it that most HF novels start with a bio of a person that really did grace this green earth.  It makes it very interesting that after finishing a novel I can go and look them up on the internet and compare what I read with reality. I can say some of my favorite leading ladies have shocked me into the realization that history is filled with so many scandals that really did take place that we could not even dream this stuff up.

Email ThisBlogThis!Share to TwitterShare to FacebookShare to Pinterest
Labels: England, Philippa Gregory, The Red Queen, The White Queen, War of the Roses