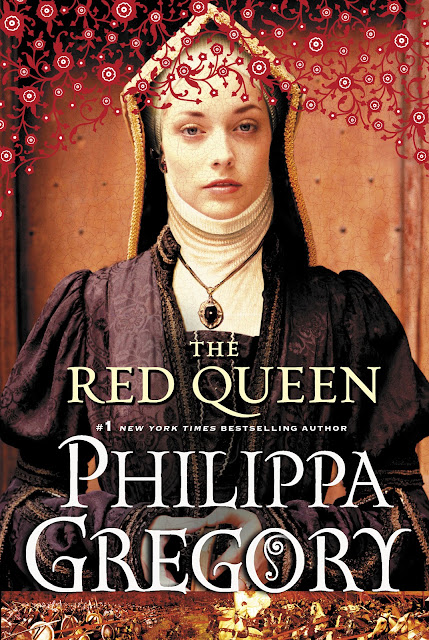 Giveaway time yes indeed,  I am so proud to announce that I have got the hook up on "The Red Queen" by Philippa Gregory. Up for grabs is one finished copy.

"The second book in Philippa's stunning new trilogy, The Cousins War, brings to life the story of Margaret Beaufort, a shadowy and mysterious character in the first book of the series - The White Queen - but who now takes centre stage in the bitter struggle of The War of the Roses. The Red Queen tells the story of the child-bride of Edmund Tudor, who, although widowed in her early teens, uses her determination of character and wily plotting to infiltrate the house of York under the guise of loyal friend and servant, undermine the support for Richard III and ultimately ensure that her only son, Henry Tudor, triumphs as King of England. Through collaboration with the dowager Queen Elizabeth Woodville, Margaret agrees a betrothal between Henry and Elizabeth's daughter, thereby uniting the families and resolving the Cousins War once and for all by founding of the Tudor dynasty".


Sorry but this giveaway is open to US residents only.
Rules
For 1 entry leave me a comment with a way to contact you.
For 2 entries follow my blog. If you already do, thanks, and please let me know in the comments. You're eligible for the extra entry as well.
For 3 entries blog or tweet this giveaway to spread the word.
Giveaway will end on August 23rd at 12pm
Good lucky everyone!