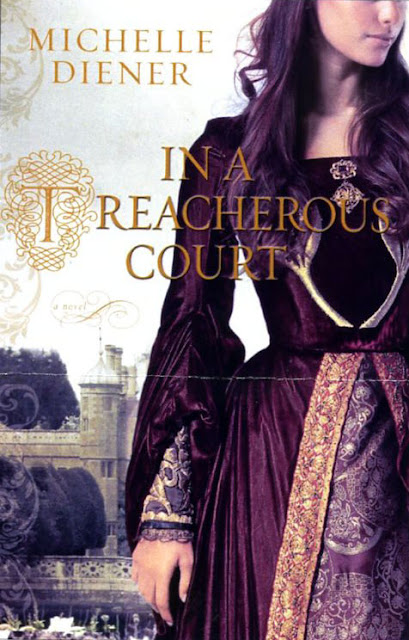 "John Parker is one of Henry VIII's most useful courtiers- utterly merciless and completely loyal. But one small favor for his King pulls Parker into a deadly plot against the throne: one that will test his courage, his resolve, and most especially, his heart.

A commission from Henry VIII should have been the crowning achievement of Susanna Horenbout's career, but before she even sets foot in England, the talented artist finds herself in possession of a secret that could change the country's history. With Parker as her only protection against killers who will stop at nothing silence her, Susanna has to trust the dangerous, enigmatic courtier. She's used to fighting in a man's world, but she never expected to be fighting for her life- or her heart.

F.Y.I. on this one it was originally set to be titled as "Illuminations" but it is now titled "In a Treacherous Court

". This novel is author Michelle Diener's debut historical fiction novel. I am sorry to say that this one will not be releasing until August 2, 2011. This one even has Kate Emerson's stamp of approval and that means it has to be really good.