Book Review: TO BE QUEEN by Christy English 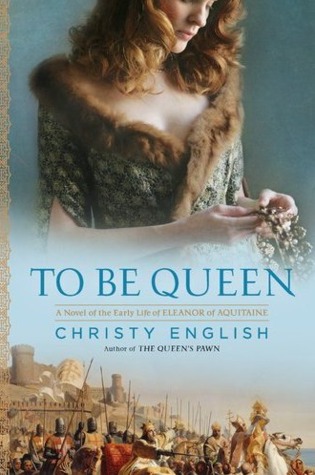 ”, queen of France that is if you are Eleanor of Aquitaine. I think this read can be summed up in one sentence: “be careful what you wish for because you just might get it”. Eleanor of Aquitaine; what a mighty woman she was not just in spirit but in heart. She has been labeled as a villainess by men throughout history for centuries but in truth no man could rule Eleanor she was her own woman. As a child the only request she ever put at her father was that he would push to make her queen of France by marriage to Louis of France. Sadly Eleanor’s father would pass away under strange circumstances before he saw Eleanor’s betrothal to Louis reached full actuality. Eleanor’s father was a very smart man and before his death he made sure Eleanor made all the Aquitaine’s nobility proclaim their love and devotion to her. Eleanor made a game of their proclamations of love by having her nobles sing or read her poetic tales of love for their Duchess and praise her beauty. It was the beginning of what history has labeled as “courtly love”. Courtly love would become the norm in Eleanor’s court but when her father passed away so suddenly Eleanor knew the one way to protect herself and what was rightfully hers by birth right was to finalize her marriage to Louis of France and become queen


The marriage negotiations were under way but things had hit a bit of a bump in the road in the form of Eleanor’s rights and property. Can we say pre-nuptial please? Louis’ camp wanted Aquitaine and Eleanor would never let that happen. For that to come to pass it would have to be literally over her cold dead body. In the end Eleanor got what she wanted and she did not sacrifice Aquitaine to get it. It came down to Eleanor would keep her land and when she produced an heir and he came of age the Aquitaine would pass to him. When the moment finally arrived for her to meet her all but legal new husband Louis it was love at first sight. Louis was a handsome man but to Eleanor it was wasted on his pious ways. Eleanor would come to find out that Louis had not always been destined for the throne and he was not the man she thought he should be.

Louis was not originally meant to rule France and that was because he had an older brother. His brother from a young age was in kingly training and since Louis was the younger brother he was sent to the church. He was destined for a life in the church and grew up believing he would be a very active part of the church. His brother would pass away and Louis would become the new heir. It would be an understatement to say Louis was pious because the reality of his and Eleanor’s situation is that Louis even as King Louis lived like a monk in a monastery. Louis was pious and a bit too zealous in his practice for Eleanor's taste. That was not the kind of life Eleanor signed up for she did not want to live like a monk. Eleanor was a woman that was built for passion and Louis would never be able to give that to her and it would be their marriages undoing.

4/5 I love me some Eleanor of Aquitaine. She is by far the most intriguing woman of the medieval time period because no man could hold her down. Christy English captured the heart and soul of the woman who held captive so many courtly hearts in medieval Europe. Bravo to Christy English she once again brings another historical fiction novel that even Eleanor herself would be proud of. Recommended reading for medieval historical fiction lovers. 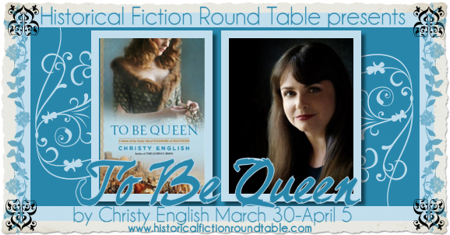 Check out the HFRT Giveaway for an autographed copy of To Be Queen"
Guest post by Christy English on Eleanor of Aquitaine
On the group site is an extra special giveaway too!