Today In History, Mary Queen of Scots Looses her Head

423 years ago today Mary Queen of Scots was executed by her cousin Queen Elizabeth I. 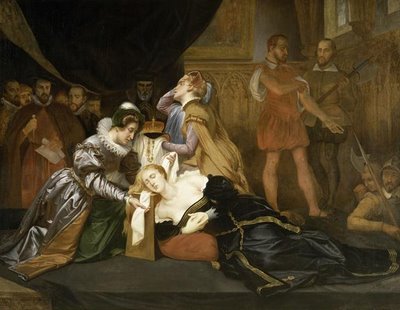 "The executioners and her two servants helped remove a black outer gown, two petticoats, and her corset to reveal a deep red chemise—the liturgical color of martyrdom in the Catholic Church. As she disrobed she smiled faintly to the executioner and said, "Never have I had such assistants to disrobe me, and never have I put off my clothes before such a company." She was then blindfolded and knelt down on the cushion in front of the block. She positioned her head on the block and stretched her arms out behind her." 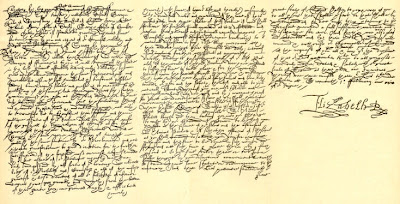 "Your judgment I condemn not, neither do I mistake your reasons, but pray you to accept my thankfulness, excuse my doubtfulness, and take in good part my answer, answerless".
Elizabeth to Parliamentary Delegation again in regards to the execution of Mary, Queen of Scots

Email ThisBlogThis!Share to TwitterShare to FacebookShare to Pinterest
Labels: 16th Century, Elizabeth I, Mary Queen of Scots, today in history