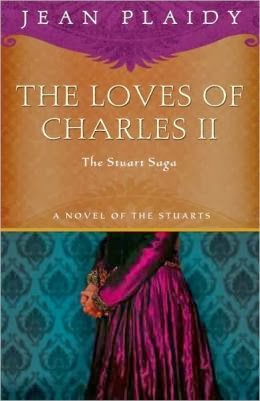 
Nell: “She knew, too, that the king had forced the Queen to accept Lady Castlemaine as one of the women of her bedchamber. All of London talked of it—the resentment of the Queen, the flaming arrogance of Lady Castlemaine, and the stubbornness of the King. She was sorry for the dark-eyed Queen”

Nell Gwyn, the classic rags to riches story. A beautiful girl from the bad part of town hits it big on the stage and draws the interest of the most glittering figure at court none other than the king himself. I first fell in love with Nell when I read “The Perfect Royal Mistress” by Diane Haeger and since then I have always been on the look out for anything related to Nell Gwyn. Nell is the reason I fell in love with Charles II and “The Loves of Charles II” has been top on my list of must read Nell books.

I enjoyed this last portion of the book. I love “Nelly” and her quick wit. She was a fiery one when she wanted to be which I always thought was humorous. Nelly had two children with Charles and was pushing for them to get titles. She finally got her way when she beckoned her child to come to her and referred to him as a bastard, Charles was so appalled that he granted him his title right away. I love her antics my favorite was when she brought sweet meats to another of the kings mistresses and she had laced them with a sort of laxatives so that Charles would come to her that night. She was Charles lighthearted mistress and he always knew her to be in good cheer and always unconditionally faithful and loving to him. Charles owned her heart, she had eyes for none other than him.

“You know His most gracious Majesty never discards; he merely adds to his hand”.

Louise de Keroualle on the other hand is right up there with Barbara Castlemaine. Lousie was cold, ruthless, and always calculating her next move. She was a lady in the court of France to Charles sister Henrietta. When the siblings last met in Dover Henrietta had brought Louise with her as a companion on the trip. Charles being Charles a beauty never eluded him and Louise was no different. Louise was sent to Charles upon the sudden death of his sister as a comfort from the king of France. In reality she was a spy and she did everything in her power to make sure that the treaty that was signed at Dover was fulfilled. I do not like Louise and I am not sure if I ever will. In many reads she is the one who puts on the water works with Charles to get what she wants it was all a game to her.

I do not think she ever really loved Charles, at least not like good Nelly did. One good thing I can say about Louise de Keroualle is that she knocked Barbara Countess of Castlemaine of her spot of head mistress. On the other hand it was a case of the better of two evils.

All in all the two leading ladies of this book were with Charles to the end. An end it was too, poor Charles to me medically speaking it sounded like he had a stroke or a brain aneurysm. I figured a stroke when it was stated that he slumped on one side. Louise de Keroualle the witch was allowed with him because she was of noble birth but poor Nelly was not allowed near him or could not get to him, it was not stated. Charles last reference to Nelly has always haunted me when he told his brother who would be king next that “Please let poor Nelly not starve”. To me it has always been a reminder that even in the end he really loved Nelly.

5/5 Wow was that a read. Plaidy's background in psychology really showed through on this one. She just has a gift for understanding and throughly covering the human psychology. She gives you the most logical "Why" awnsers. I love her for it too, no one is like Plaidy in the fact that her descriptive details mixed with the psychology, it was like she was there and she just gets it. A highly recommended read and I am pretty sure that every question I have ever had about Charles II has now been answered. This has been one I have been dying to add to my collection and now Charles II can take his rightful place with the others on the Plaidy only book shelf. 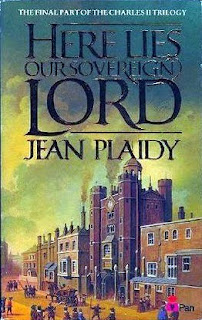