Fact Checking the Island of Murano

During my read of "The Secret of the Glass" by Donna Russo Morin I found myself not really grasping the exact location of the island of Murano. I knew it was close to Venice but just how close?

After doing so checking afterwards I did come to the conclusion that the history is accurate in The Secret of the Glass. All the glassmakers in Venice were forced out of their homes in 1291 because all buildings then were made of wood and the people feared that the extreme heat would eventually burn everything to the ground. They really reached a high point on the island around the 14th century.


"By the 14th century, glass makers were allowed to wear swords, enjoyed immunity from prosecution by the Venetian state and found their daughters married into Venice’s most affluent families. Of course there was a catch: glassmakers weren't allowed to leave the Republic."

I think the island has such a unique history that it makes it a charming and all enchanting place at the same time. 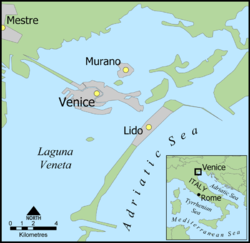 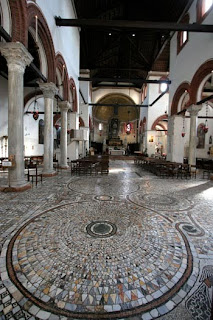 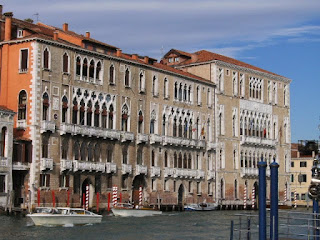 Today on the group page is also a interview with the lovely Donna Russo Morin be sure and check it out and there is a giveaway going on too which you do not want to miss!

Here is what has been going on so far for this wonderful event:

February 20th – Announcement & opening of Giveaway at HFBRT.
February 21st - Book Review by Arleigh at Historical-Fiction.com, “The History of the Venice Canal System and How it Works” by Susie at All Things Royal
February 22nd – Book Review by Heather at The Maiden’s Court, “Fact Checking the Island of Murano” by Lizzy at Historically Obsessed, Interview Questions with Author at HFBRT

Email ThisBlogThis!Share to TwitterShare to FacebookShare to Pinterest
Labels: 17th Century, Donna Russo Morin, Italy, The Secret of the Glass