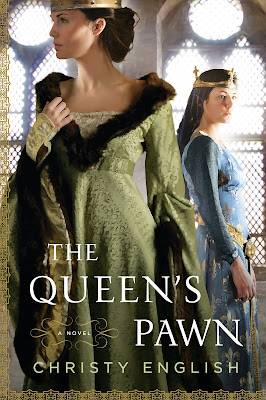 I am really hyped about this one it will be my first read set within Eleanore of Aquitaine times. I really have to hold back I am getting myself all worked up. I love the cover on it, I am fickle when it comes to the cover and matching the time period of the book. Christy nailed it and I love it.

" A historical novel of the legendary Eleanor of Aquitaine and the one person she loved more than power-her rival for the throne.

At only nine, Princess Alais of France is sent to live in England until she is of age to wed Prince Richard, son of King Henry II and Queen Eleanor of Aquitaine. Alais is an innocent pawn on the chessboard of dynastic marriage, her betrothal intended to broker an uneasy truce between the nations.

Estranged from her husband, Eleanor sees a kindred spirit in this determined young girl. She embraces Alais as a daughter, teaching the princess what it takes to be a woman of power in a world of men. But as Alais grows to maturity and develops ambitions of her own, Eleanor begins to see her as a threat-and their love for each other becomes overshadowed by their bitter rivalry, dark betrayals, conflicting passions, and a battle for revenge over the throne of England itself."