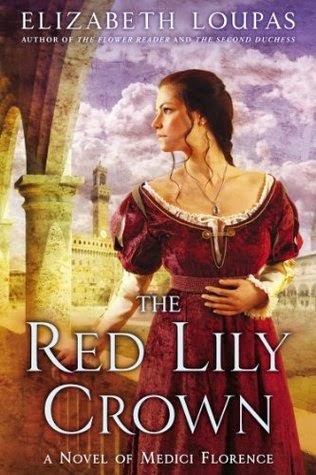 Chiara Nerini was starving and terrified, she left what remained of her family owned bookshop in a last ditch effort to survive. Her father had blown himself and most of his bookshop up practicing alchemy in secret. Her family suffered greatly because of the loss. She had planned on selling a piece of her father’s alchemy equipment to the highest bidder she could think of. At this time in Italy Francesco de’ Medici the son of the great Duke was a known dabbler in alchemy. The future Grand Duke would be the only man that would have the means to pay top dollar for her rare decanter and Chiara was desperate to buy food for her family.

As the Grand Duke of Tuscany Cosimo de’ Medici lay dying, his son Francesco waited to inherit his birthright. Chiara had devised a plan to approach the Prince but it failed miserably. Right when she thought her situation could not get anymore worse she was about to be defiled right at the palace gates by the guards when a rescuer suddenly came to her aid. He was one of Francesco’s men that had previously not even given her a second look. She had brazenly shouted the tiny bit of Latin she had memorized from her fathers alchemy book but Francesco never even reacted. Fortunately for her Francesco sent his man Ruanno dell Inghilterra on his giant beast of a horseback to investigate. Ruanno made the guards release her with a crack of his whip and he hauled her up on his horse like a sack of potatoes. Chiara awoke alone in a cell of some sorts in a place she had never been. Abducted right off the street by one of the heir's men but for what dark purpose, all she could do was wait for someone to return.

Francesco aka "Franco" spent most of his free time with his two loves alchemy and his evil mistress Bianca Cappello. Franco decided that he needed a “Mystic Sorra” which was considered to be the female component of all things in alchemy. The newly made Grand Duke would need her to be a virgin and possess malleable alchemy skills if she was to ever help him produce the philosopher’s stone. If Chiara could pass Franco’s tests she could become his new Mystic Sorra and maybe someday she could become a recognized alchemist in her own right. Ruanno who seemed so cold in the beginning helped her pass the trials of becoming the Mystic Sorra and Chiara became Franco’s new recognized Sorra Mystica. Becoming the Sorra Mystica of the new Grand Duke of Tuscany Chiara instantly was thrown into the viper pit that is the de’ Medici court. Court life is treacherous among the de' Medici's and it was a life Chiara knew nothing about.

The de’ Medici’s are a notoriously ruthless house of poisoning murder’s specializing with in their own family. Nothing could have prepared Chiara for the devastating heartbreak she would come to know at the hand of the de’ Medici's. She was quick to learn that no one was ever really safe with in a court filled with murderous intrigue. Chiara and Ruanno bonded together in an oath of vengeance for the same murdered loved one. The new duo swore to exact their revenge upon the Grand Duke and his second wife Bianca Capello for their sinister deeds. Just when life could not get complicated enough Chiara discovered she was falling head over heels in love with Ruanno and the cost of their revenge could be their love and their lives.

5+/5 this book was AMAZING! It was fast paced, filled page to page with intrigue after intrigue. It was a real nail bitter for me because you had no idea which way the story was going to go next. Sexy and violent it made for an engrossing page-turner. I have not read much on the de’ Medici’s and I found this novel eased me into their house. I HIGHLY praise this novel but it is defiantly in the R rating category and I loved every single bit of it.

R-Rating Violence and Sexual Reference.
FTC- this novel was sent to me by the publisher for review. I received no compensation for this review.