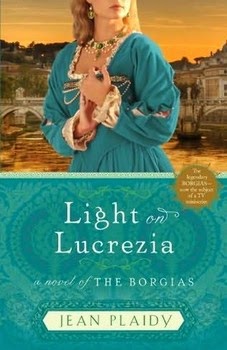 At this point in Lucrezia Borgia life she was deeply entangled in the devious plots hatched by her notorious family. Lucrezia’s divorce was officially finalized and she was to be married again. This time she would truly love her new husband. Her new husband was a very handsome young man named Alfonso of Naples he was was the younger brother of her sister in law Sanchia of Aragon. He was very young but Lucrezia fell in love with him at first sight. The pair shared a vibrant young love and they suffered a bitter blow early on in their marriage. Lucrezia took a tumble and sadly she lost the babe she was carrying. The disappointment was bitter but it did not last long for she was quickly pregnant again and they both looked forward to the better days that were yet to come.


Those better days were marred by the return of Lucrezia’s domineering brother Cesare. Once he had been Sanchia’s lover but those days were over. Sanchia spent her days with her brother and Lucrezia. Cesare was sickened by the couples love and devotion. He became bound and determined to do away with this new pretty brother in law of his that usurped Lucrezia's affection. Alfonso had been acutely aware of Cesare’s growing animosity and began to fear for his life. Sanchia had begged him to flee for his life because she knew what Cesare was really capable of and he did so with all speed. Yet he came back because Lucrezia begged him to come back home. With in days of telling Lucrezia his fears of Cesare he was not only injured but also strangled to death by one of her brother’s henchmen. Cesare blatantly admitted he ordered it done and there would be no punishment for the most fear man in Italy. Lucrezia and Sanchia were inconsolable in their grief. They tried in vain to protect him and they were tricked in the end into leaving Alfonso alone and it only took a minute for him to be murdered. Sanchia vowed revenge on her one time lover and Lucrezia began to fear the family that loved her too much. It was at this point she realized the only way to escape was through another marriage far away from Rome.

This time around Pope Alexander VI was determined that Lucrezia should have the best and the best was another Alfonso. Lucrezia was to marry Alfonso d‘Este the heir to the dukedom of Ferrara and with this marriage came a glorious title. Since this was Lucrezia's only option to escape she threw herself fully into committing to this new marriage in Ferrara. She would be an official princess and when she finally went to her new home she was utterly disappointed. Her new sister in law despised her from the beginning. Alfonso her new husband did not care for her, and the lavish lifestyle she was accustomed to would be stripped away from her. Lucrezia became melancholy and tried to find some pleasure in what little life had to offer her. After several conflicts with-in the Este house Lucrezia was dealt a debilitating blow; the sudden loss of her father. Grieving deeply Lucrezia was shocked that those around her in the house of Este celebrated the downfall of the Borgia’s. Her only joy now rested on her murderous brother Cesare. In her cruel life Lucrezia had to steal what little happiness she could even if it meant having illicit affairs behind her unfaithful husbands back. She had survived the fall of the great Borgia’s but surviving the house of d'Este’s was a whole different matter.

5+/5 Love, love, loved this novel. The concluding chapters to Lucrezia’s life I thought would be tamer. I could not be more wrong, her life was in constant turmoil. After reading Jean Plaidy’s version of Lucrezia Borgia I could never see her the same again. She gave her love freely where she deemed fit and was cursed for it. I encourage HF lovers to read Plaidy’s duo on Lucrezia because she will really touch your heart in the end just like she probably did to everyone she met in her lifetime. I am officially a new lover of Lucrezia Borgia.

R-Rating for Violence and Sexual Reference.
FTC-This novel is part of my personal collection.
Amazon: LIGHT ON LUCREZIA by Jean Plaidy
~Lizzie~