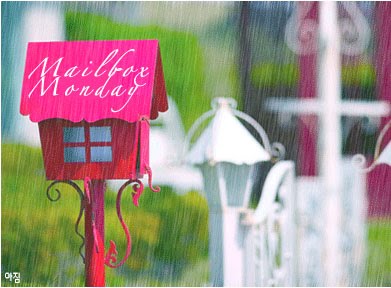 Won From Librarything.com The Confession of Katherine Howard

"When twelve-year-old Katherine Howard comes to live in the Duchess of Norfolk’s household, poor relation Cat Tilney is deeply suspicious of her. The two girls couldn’t be more different: Cat, watchful and ambitious; Katherine, interested only in clothes and boys. Their companions are in thrall to Katherine, but it’s Cat in whom Katherine confides. Summoned to court at seventeen, Katherine leaves Cat in the company of her ex-lover, Francis, with whom Cat begins a serious love affair.

Within months, the king has set aside his latest wife for Katherine. The future seems assured for the new queen and her maid-in-waiting, although Cat would feel more confident if Katherine hadn’t embarked on an affair with one of the king’s favoured attendants, Thomas Culpeper.

For a blissful year and a half, it seems that Katherine can have everything she wants. But then allegations are made about her girlhood love affairs. Desperately frightened, Katherine recounts a version of events which implicates Francis but which Cat knows to be a lie. With Francis imprisoned in the Tower, Cat alone knows the whole truth of Katherine Howard’s past".

Royal Sisters: The Story of the Daughters of James II (Novel of the Stuarts)

"Two sisters change the course of a nation by forsaking the King—their own father.

England is on the verge of revolution. Antagonized by the Catholicism of King James II, the people plot to drive him from the throne. But at the heart of the plot is a deep betrayal: the defection of the daughters James loves, Mary and Anne.

Both raised Protestant according to the wishes of England, the sisters support Protestant usurper William of Orange, Mary's husband, who lusts after the British crown. Passive Queen Mary is subservient to her husband's wishes, while Anne is desperate to please her childhood friend Sarah Churchill, a bold and domineering woman determined to subdue Anne, the queen-to-be, and rule England herself.

Intrigue and political drama run high as the sisters struggle to be reconciled with each other--and with the haunting memory of the father they have exiled".

Exit the Actress: A Novel

"While selling oranges in the Theatre Royal, Covent Garden, sweet and sprightly Ellen "Nell" Gwyn impresses the theater’s proprietors with a wit and sparkle that belie her youth and poverty. She quickly earns a place in the company, narrowly avoiding the life of prostitution to which her sister has already succumbed. As her roles evolve from supporting to starring, the scope of her life broadens as well. Soon Ellen is dressed in the finest fashions, charming the theatrical, literary, and royal luminaries of Restoration England. Ellen grows up on the stage, experiencing first love and heartbreak and eventually becoming the mistress of Charles II. Despite his reputation as a libertine, Ellen wholly captures his heart—and he hers—but even the most powerful love isn’t enough to stave off the gossip and bitter court politics that accompany a royal romance. Telling the story through a collection of vibrant seventeenth-century voices ranging from Ellen’s diary to playbills, letters, gossip columns, and home remedies, Priya Parmar brings to life the story of an endearing and delightful heroine".

Spellbinding and steeped in mystery and sexual intrigue, The Aviary Gate transports readers to exotic sixteenth-century Constantinople, offering the rarest glimpse into the forbidden confines of the sultanas harem".