Score of the year so far. Three of them came on the same day and when the first one showed up I did a happy dance and tore it open. I could not believe my eyes when "His Last Letter" showed up the following day. In case you are wondering I am now about half way done with "The Red Queen" and I could not help myself in reading the first 20 pages of His Last Letter. I love Robert Dudley and have been waiting for it for a long time. Thank goodness I got my hands on a copy thanks to Passages of the Past. 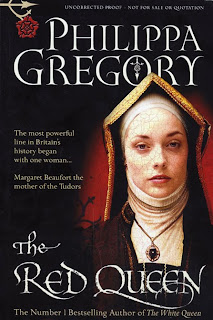 "Heiress to the red rose of Lancaster, Margaret Beaufort never surrenders her belief that her house is the true ruler of England and that she has a great destiny before her. Her ambitions are disappointed when her sainted cousin Henry VI fails to recognize her as a kindred spirit, and she is even more dismayed when he sinks into madness. Her mother mocks her plans, revealing that Margaret will always be burdened with the reputation of her father, one of the most famously incompetent English commanders in France. But worst of all for Margaret is when she discovers that her mother is sending her to a loveless marriage in remote Wales.
Married to a man twice her age, quickly widowed, and a mother at only fourteen, Margaret is determined to turn her lonely life into a triumph. She sets her heart on putting her son on the throne of England regardless of the cost to herself, to England, and even to the little boy. Disregarding rival heirs and the overwhelming power of the York dynasty, she names him Henry, like the king; sends him into exile; and pledges him in marriage to her enemy Elizabeth of York’s daughter. As the political tides constantly move and shift, Margaret charts her own way through another loveless marriage, treacherous alliances, and secret plots. She feigns loyalty to the usurper Richard III and even carries his wife’s train at her coronation.
Widowed a second time, Margaret marries the ruthless, deceitful Thomas, Lord Stanley, and her fate stands on the knife edge of his will. Gambling her life that he will support her, she then masterminds one of the greatest rebellions of the time—all the while knowing that her son has grown to manhood, recruited an army, and now waits for his opportunity to win the greatest prize.
In a novel of conspiracy, passion, and cold hearted ambition, number one bestselling author Philippa Gregory has brought to life the story of a proud and determined woman who believes that she alone is destined, by her piety and lineage, to shape the course of history". 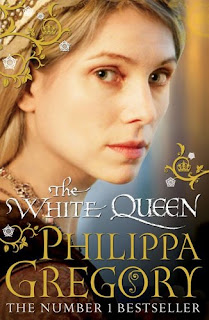 
THE COUSINS' WAR
Book One
Philippa Gregory, "the queen of royal fiction,"*
presents the first of a new series set amid the
deadly feuds of England known as the
Wars of the Roses.
"Brother turns on brother to win the ultimate prize, the throne of England, in this dazzling account of the wars of the Plantagenets. They are the claimants and kings who ruled England before the Tudors, and now Philippa Gregory brings them to life through the dramatic and intimate stories of the secret players: the indomitable women, starting with Elizabeth Woodville, the White Queen.
The White Queen tells the story of a woman of extraordinary beauty and ambition who, catching the eye of the newly crowned boy king, marries him in secret and ascends to royalty. While Elizabeth rises to the demands of her exalted position and fights for the success of her family, her two sons become central figures in a mystery that has confounded historians for centuries: the missing princes in the Tower of London whose fate is still unknown. From her uniquely qualified perspective, Philippa Gregory explores this most famous unsolved mystery of English history, informed by impeccable research and framed by her inimitable storytelling skills". 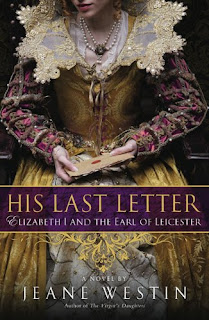 His Last Letter by Jeane Westin
Available 8.3.2010
"One of the greatest loves of all time-between Elizabeth I and Robert Dudley-comes to life in this vivid novel.

They were playmates as children, impetuous lovers as adults-and for thirty years were the center of each others' lives. Astute to the dangers of choosing any one man, the Virgin Queen could never give her "Sweet Robin" what he wanted most-marriage- yet she insisted he stay close by her side. Possessive and jealous, their love survived quarrels, his two disastrous marriages to other women, her constant flirtations, and political machinations with foreign princes.

His Last Letter tells the story of this great love... and especially of the last three years Elizabeth and Dudley spent together, the most dangerous of her rule, when their passion was tempered by a bittersweet recognition of all that they shared-and all that would remain unfulfilled".

The Jewel of St. Petersburg by Kate Furnivall
Available 8.3.2010

"Russia, 1910. Valentina Ivanova is the darling of St. Petersburg's elite aristocracy-until her romance with a Danish engineer creates a terrible scandal and her parents push her into a loveless engagement with a Russian count.

Meanwhile, Russia itself is bound for rebellion. With the Tsar and the Duma at each other's throats, and the Bolsheviks drawing their battle lines, the elegance and opulence of Tsarist rule are in their last days. And Valentina will be forced to make a choice that will change not only her own life, but the lives of those around her forever..."