This has really peeked my interest, since I did enjoy Cleopatra's Daughter by Michelle Moran I just have a good feeling about this one. Here is what the publisher had to say:
"Now your next thought might be but Michelle Moran wrote about Cleopatra's Daughter already. And this is when I'd say with much amusement, that Stephanie submitted her story with no knowledge about Moran's book. How's /that/ for an intriguing segway for a blog post? Not only that, the two books split off into two entirely different directions".
Hum very interesting same person but completely different story lines. 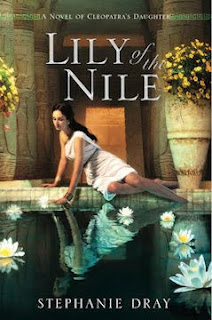 Lily of the Nile by Stephanie Dray  Releasing
January 4th 2011
"With her parents dead, the daughter of Cleopatra and Mark Antony is left at the mercy of her Roman captors. Heir to one empire and prisoner of another, it falls to Princess Selene to save her brothers and reclaim what’s rightfully hers…In the aftermath of Alexandria’s tragic fall, Princess Selene is taken from Egypt, the only home she’s ever known. Along with her two surviving brothers, she’s put on display as a war trophy in Rome. Selene’s captors mock her royalty and drag her through the streets in chains, but on the brink of death, the children are spared as a favor to the emperor’s sister, who takes them to live as hostages in the so-called lamentable embassy of royal orphans…
Now trapped in a Roman court of intrigue that reviles her heritage and suspects her faith, Selene can’t hide the hieroglyphics that carve themselves into her flesh. Nor can she stop the emperor from using her for his own political ends. But faced with a new and ruthless Caesar who is obsessed with having a Cleopatra of his very own, Selene is determined honor her mother’s lost legacy. The magic of Egypt and Isis remain within her. But can she succeed where her mother failed? And what will it cost her in a political game where the only rule is win or die"?
After "Lily of the Nile" releases there will be a sequel coming out sometime in 2011. Here is more on it below. 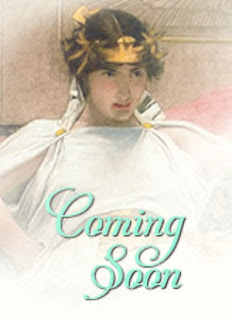 Sorceress of the Nile
Update: the title has now been changed to Song
"Pledged to an emperor who abuses her burgeoning sexuality, and wed to a man who means to rule in her name, a courageous fifteen-year-old queen learns to harness the magic that will protect her kingdom and bring her enemies to their knees…
Cleopatra’s daughter struck a dangerous bargain to win a throne. Now the young queen must face the perverse consequences of her promise to become Octavian’s own Cleopatra. To protect her faith, her brothers, and her people, the teenager upends a world ruled exclusively by men. But while Selene uses her powers to bring forth bountiful harvests that make her indispensable to Rome as a capable leader and religious icon, her rebellious twin brother Helios thwarts the Romans across the African continent, reviving the legend of Horus the Avenger".
Here is some more interesting information about author Stephanie Dray.
"Author Stephanie Dray beat the odds this year, signing contracts with two major New York publishing houses. In a two-book contract, she sold her debut novel, a historical fantasy about the life of Cleopatra’s daughter, to Berkley Books. Under the pen name Stephanie Draven, she also sold a paranormal romance series to Harlequin’s Nocturne line, for a total of six works sold in one year.
The author’s Mythica series, which has been described as “Percy Jackson for grown-up girls,” is based on the premise that Greek mythology is real and that ancient gods still walk among us. In October 2010, Harlequin publishes the first full-length novel of the series: Poisoned Kisses, a sassy but emotional tale for anyone who wonders what kind of daddy issues a girl has when her father is Ares, Greek God of War.
In January 2011, the author releases her first book for Berkley Books, an imprint of Penguin Group.  Titled Lily of the Nile, this historical drama takes readers to ancient Rome and into the life of Cleopatra Selene, daughter of Cleopatra and Mark Antony, who was captured by the Romans and forced to struggle for survival in the home of her parents’ worst enemy.
The author kicked off her paranormal romance series with two novellas--Midnight Medusa and Wild Tethered Bound--both of which received glowing reviews. Both works have already been issued in electronic form in anticipation of their appearance in paperback later this year".
I can not wait for this one to be featured on Historically Obsessed. I am hoping to have a guest post and a giveaway for all the readers around the release day which is quite a way off. One more to look forward to in 2011.
Amazon

Email ThisBlogThis!Share to TwitterShare to FacebookShare to Pinterest
Labels: Before Christ Era, Egypt, Lily of the Nile, Sorceress of the Nile, Stephanie Dray