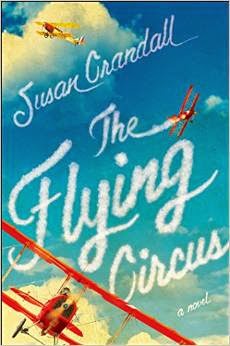 The Flying Circus by Susan Crandall Paperback Advanced Readers Edition
"From the bestselling and award-winning author of Whistling Past the Graveyard comes an adventure tale about two daredevils and a farm boy who embark on the journey of a lifetime across America’s heartland in the Roaring Twenties.