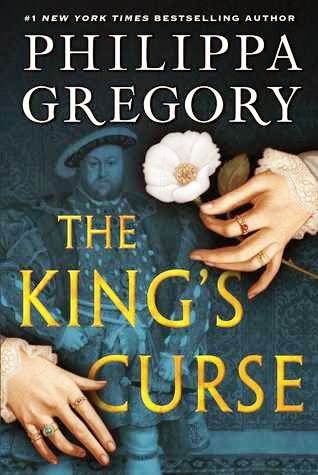 Margaret Pole was a true survivor in every sense of the way. She had had made it through her uncle Richard III’s rule, Henry VII’s conquest of her closest confidant Elizabeth of York, and again she survived the wrath of Margaret Beaufort, which is no easy task. Margaret was one f the few royals that had survived the War of the Roses and the transition to Tudor England. The war came to an end with Henry VII’s marriage to her cousin Elizabeth. The cousins through the years had been very close. They shared every tear and heartbreak up until Elizabeth’s death.

The biggest tragedy to strike the cousins was the loss of Elizabeth’s son Arthur. Henry VII had executed Margaret’s own brother to finalize the agreement between Spain and England for the marriage of the infant of Spain: Catherine of Aragon to Arthur. After the marriage took place the new couple were entrusted to their mothers closest friend Margaret for their care and managing. Margaret had already cared for Arthur most of his life and loved him like he was her own son. Shortly after the marriage Arthur's health had suddenly started to dramatically decline and he was gone with in a day. Greif stricken Margaret knew then that the curse on the Tudors was still very real. Arthur’s own grandmother, and mother had cursed who ever had murdered their lost princes that would have been Arthur uncles. There had always been rumors of the Woodville women being witches even his great grandmother Jaquetta had been put on trail for witchcraft during the war. The Woodville women wanted revenge and cursed “those that had murdered our princes” and had inadvertently cursed their own future line because Elizabeth had been forced to marry the enemy. Margaret had lost the prince she loved but had gained a princess. Catherine of Aragon had become a close confident of Margaret’s over the years and even closer yet after Elizabeth’s tragic death.

After years of tragedy bestowed on Margaret’s family everything changed in the blink of an eye when young King Henry came to the throne upon his father’s death. Her family’s fortune was reversed and she was back in the lime light because the new queen was Catherine of Aragon her closest friend. The new courts blissful happiness was slowly chipped away by the Tudor curse when Catherine of Aragon gave birth to dead child after dead child. Devoted to Catherine and her only surviving child princess Mary, like Prince Arthur Margaret had been asked to care for Mary though the years and had also loved her like her own daughter maybe even more than that. King Henry had sworn to love Catherine until death do them part but the nagging question of the curse weighed heavy on him. Eventually he turned from Catherine to another leading the whole country into civil out cry over the unjust treatment of Catherine his legal wedded wife. Margaret had survived many trials but her friendship with Catherine would lead her to the greatest tragedy of her life, protect the princess or sacrifice all to a deranged King that sought to destroy all in his path.

5/5 I LOVED this one out of all of the books in this series this one is now my second favorite. My first will always be “Lady of the Rivers” but this one comes right after now. Margaret’s story is tragic to say the least but I really enjoyed how the author wove Margaret’s alliances and intriquet relationships with her many many children. This one I think could be read as a stand-alone novel but if you do it that way you will loose all of the back history of the curse, which I would not really, recommend because what leads up to the curse is great historical fiction reads. I would highly recommend this to Tudor lovers because Margaret’s story is one of the most dramatic cases of the times.

FTC ~ this novel is from my personal collection