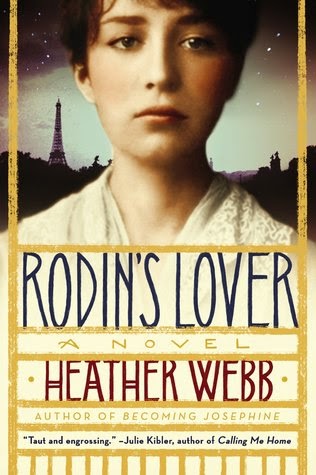 The impressionism era that began in Paris during the 19th century. It gave birth to iconic art works that we cherish today. Paris at the time was the center of one of the greatest explosions of creativity and forward thinking the art world had ever seen. Times were changing yet some things remained the same. The modern art scene was a man's world that did not welcome many women artists. Camille Claudel was an ambitious young woman that showed great potential for sculpting. Growing up in the country outside of Paris her father patronized her talents and her mother berated her. Her mother never understood Camille’s hearts desire to be a famous sculptor but her father did. Luckily her father decided moved the entire family to Paris and send Camille to a reputable art school.

Once at her new school Camille’s artistic skills blossomed under the new tutelage. She loved school but her life at home was hitting a new level of tense with her overbearing mother. Finding a way Camille teamed up with her new friends from school and rented a small studio and eventually the girls got a new mentor: Alfred Boucher. With Alfred’s help Camille integrated herself into the art society. Finally accepted as an artist Camille still struggled to be considered an equal to her artistic peers based only on the fact that she was a woman. Surrounded by men Camille knew the heartbreak of being looked down upon solely for the fact that in a male dominated world she was a victim of her sex in their eyes.

Boucher in the end had moved on from tutoring and had asked his famous sculptor friend Augustus Rodin to take Camille on as his new pupil. Rodin helped Camille take her skills to the next level. She now won commissions, shows, and the respect of some of France’s leading male impressionism artists. She was on a new high and over time she had developed feelings for her mentor. Their illicit affair began like a whirlwind and Camille desired one thing above any other and that was respect. Respect for her skills as an artist and respect as a woman. Not feeling she was getting the respect she was due she became a complicated woman that was fully invested in a man that could never be hers. Rodin had been married for decades before he ever met Camille. Though Rodin no longer was in love with his wife that did not mean he still did not love her and want to make sure she was well cared for. The relationship turned toxic for Camille. She loved Rodin despite their deteriorating affair. Eventually violence and mental breakdowns would lead them down a tragic road that will leave every woman with a lasting appreciation for the times that we live in today where women can be genuinely appreciated for their capabilities and talents.

3.5/5 I enjoyed this one yet I found it dragged a bit for me in some moments. I can fully understand Camille’s position in the world and I found her tale a tragic fate for such a gifted woman. I would recommend this novel to historical fiction art fanatics because it really focuses on some of the most interesting artists of the impressionism era.

FTC ~ this novel was sent to me by the publisher. I received no compensation for this book review.