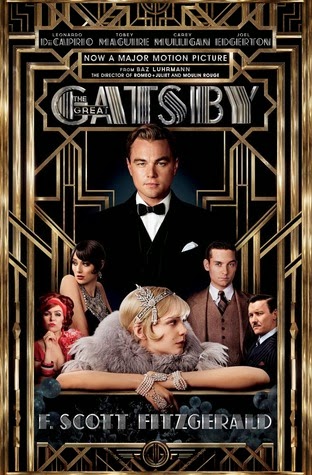 American classic literature at its finest. Short yet anything but sweet this novel will leave you feeling very reflective on your own life’s choices. At a tiny 180 pages this novel is not exactly an easy novel to read even for me it was rough going in a few spots. My interpretation is that Fitzgerald purposely wrote this novel intentionally vague. I think the point is to leave the story open for the reader to decide how they view the novel.

In the fabled city of West Egg Nick Carraway moved into a forgotten gardeners cottage between mansions the summer of 1922. Nick a WWI vet had moved to West Egg from the Midwest to pursue his hobby of writing. Nick’s had a lovely cousin named Daisy Buchannan that lived across the bay in East Egg. West and East Egg were very different from each other. East Egg residents were made of “old money” and West Egg was considered “new money”. The two suburbs fabled to be outside of Long Island NY were worlds apart. The two rarely crossed paths except for at “Gatsby’s Parties”. Coincidentally Gatsby happened to live right next door to Nick in a giant mansion. His parties were notorious for being the best in New York and the whole city would turn out for his shindigs.

Nick became quickly reacquainted with his beautiful cousin Daisy and her husband Tom. Nick and Tom were old Yale grad buddies. Tom also was heir to a vast family fortune and was an arrogant jerk. He and Daisy lived in the lap of luxury in East Egg. It was crystal clear to Nick after spending dinner with his rich cousins that Daisy was a very unhappy woman. Tom was the main source of that pain because it was said that he “kept a woman in NY”. Nick with out a choice would happen to meet this other woman that very night. During dinner Tom insisted that they go out for a night in town. On their way into town on the train Tom jumped off the train and headed straight to the local mechanic shop. Nick was stunned to discover that this other woman of Tom’s was also someone else’s wife. The mechanic’s wife Myrtle made Nick very uneasy. Daisy was his cousin yet after a little cajoling Nick partied like a wild man all night with Tom, Myrtle, and their closest friends.

Nick had been on a parting splurge when he received an official invitation to one of Gatsby’s wild parties. When he arrived he realized he was the only one who had actually been invited. He had a hard time finding the host of the glorious party and he happened to come across Daisy’s best friend he had met at dinner the other night, Jordan Baker. At least he had Jordan to cling to at the party because Gatsby was always aloof at his own parties. Nick had set out to discover more about the host and all he got back were outlandish tales of Gatsby’s background. He came to the conclusion that no one knew who Gatsby really was and right when he had given up searching him out Gatsby found him. He was nothing like he had expected, young, handsome, and defiantly sober unlike Nick. The pair hit it off and Nick found himself invited into Gatsby’s mysterious life of “new money”.

Gatsby had engaged Nick because he “wanted him to know something of him” because he had a request for Nick and miss Jordan Baker would explain the rest to him. Jordan had mentioned at the party that she had met Gatsby before and Gatsby needed their help. His request seemed like a simple thing. He wanted Nick to invite Daisy Buchannan to tea. Sounds simple enough yet Nick had no inkling at the history behind Jay Gatsby and Daisy. Nick felt compelled to arrange the meeting between his married cousin and this eccentric millionaire he barely knew and that was just the beginning.

4/5 I gave this novel a four even though I loved it because I had to re-read quite a few parts. The style of the prose maybe hard to digest for some readers, it can be difficult at times. If you did not read this in high school then I would highly recommend reading it before you watch the movie. I also think that if you did read it as high school mandatory curriculum then you should re-read it again because your interpretation as an adult might vary from a youth’s stand point. I also want to point out that the movie is almost exactly like the book except a few small parts cut out. The movie made a great follow up to the read.

R – Rating for violence and sexual references.
FTC – I bought this novel for my personal collection.
Amazon – The Great Gatsby by F. Scott Fitzgerald
~Lizzie~