Author Stephanie Dray On The Ancient Magic of Henna Tattoos 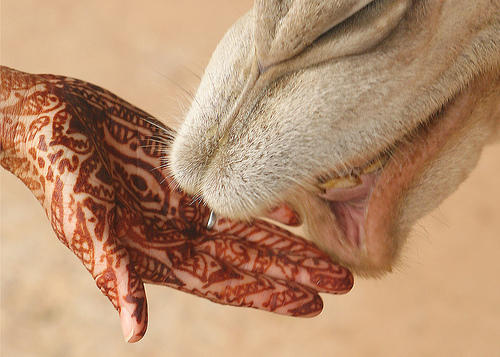 The Ancient Magic of Henna Tattoos by Stephanie Dray The heroine of my novels, Cleopatra Selene, was the Queen of Mauretania and she ruled over the ancient Berbers, the descendants of whom still live in North Africa. For my first novel, Lily of the Nile, I researched the magic of ancient Egypt because I wanted to know the spiritual traditions with which Selene would have been familiar. But for Song of the Nile, I wanted to learn all I could about the life of the people who called Selene their queen. What I learned is that ancient Mauretania was every bit as exotic and sensual as Egypt, and that the women who lived there had a rich and colorful spirituality that expressed itself in their arts. We’ve all heard of Berber carpets. Perhaps we even own a piece of Berber jewelry. But the art of henna is largely associated with Indian culture now, even though it’s believed to have been of Berber origin. Henna is a plant that, when dried, crushed to a powder, and mixed with oil to form a paste, can safely dye the skin--and the color will remain for weeks. Because of this and other medicinal properties, henna became an important part of Berber culture. Like the Egyptians, the Berbers believed in a kind of sympathetic magic, whereby symbols could take the place and power of actual things. For example, whereas the Egyptians might carve a cobra or a jackal-headed god at the entrance of a tomb to guard it, the Berbers might paint a sharp object on a pregnant woman’s belly as if to pierce the evil eye. Whereas the Egyptians spent a great deal of time ornamenting tombs and creating magical amulets to be worn, the Berbers retreated to a more personal, more sensual connection to the supernatural world. By painting protective symbols on the body, the skin becomes its own talisman and magical protection. A manifestation of spirituality that is visible to anyone who might look upon the tattoos. It’s interesting to me that while I used bloody hieroglyphs on my heroine’s arms and hands as a way of the divine world speaking through her, I hadn’t considered the use of symbols on her arms and hands as a way for her to speak back. At least, not until I learned more about the Berbers among whom Selene built a new life for herself. While not exclusively reserved for women, Berber henna tattoos are inextricably entwined with women’s rituals. Henna tattoos are most often applied before a wedding, before and after birth, and before death. At all life’s thresholds, and, incidentally, all the times that a woman might need the comfort of others near her, rubbing her, pampering her, and seeing to it that she has adequate rest. The henna paste can be made with oils--sandalwood is a popular one--so that the long process of painting intricate designs on the skin can give aromatic pleasure to all those involved. Berber women couldn’t easily tattoo themselves, so it become a bonding experience, and one of giving over the body to others in trust. And if that’s not magic, what is? 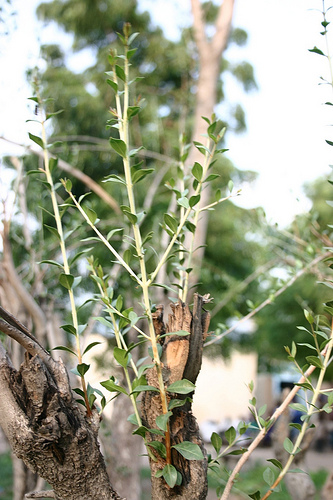 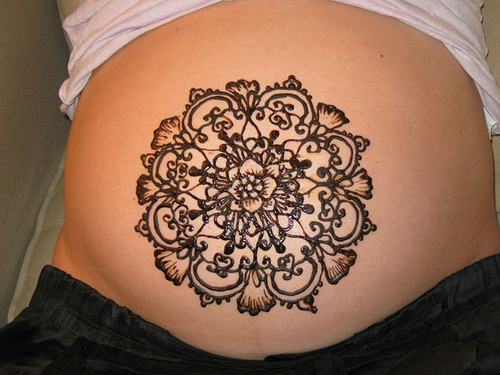 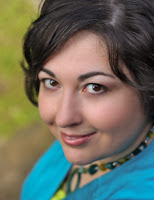 Stephanie graduated from Smith, a small women’s college in Massachusetts where–to the consternation of her devoted professors–she was unable to master Latin. However, her focus on Middle Eastern Studies gave her a deeper understanding of the consequences of Egypt’s ancient clash with Rome, both in terms of the still-extant tensions between East and West as well as the worldwide decline of female-oriented religion.

Before she wrote novels, Stephanie was a lawyer, a game designer, and a teacher. Now she uses the transformative power of magic realism to illuminate the stories of women in history and inspire the young women of today. She remains fascinated by all things Roman or Egyptian and has–to the consternation of her devoted husband–collected a house full of cats and ancient artifacts. 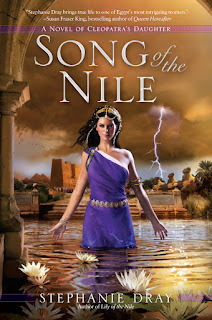 "Sorceress. Seductress. Schemer. Cleopatra’s daughter has become the emperor’s most unlikely apprentice and the one woman who can destroy his empire… Having survived her perilous childhood as a royal captive of Rome, Selene pledged her loyalty to Augustus and swore she would become his very own Cleopatra. Now the young queen faces an uncertain destiny in a foreign land. Forced to marry a man of the emperor’s choosing, Selene will not allow her new husband to rule in her name. She quickly establishes herself as a capable leader in her own right and as a religious icon. Beginning the hard work of building a new nation, she wins the love of her new subjects and makes herself vital to Rome by bringing forth bountiful harvests. But it’s the magic of Isis flowing through her veins that makes her indispensable to the emperor. Against a backdrop of imperial politics and religious persecution, Cleopatra’s daughter beguiles her way to the very precipice of power. She has never forgotten her birthright, but will the price of her mother’s throne be more than she’s willing to pay"?

Email ThisBlogThis!Share to TwitterShare to FacebookShare to Pinterest
Labels: Egypt, Guest Post, Lily of the Nile, Rome, Song of the Nile, Stephanie Dray