Book Review: LILY OF THE NILE by Stephanie Dray 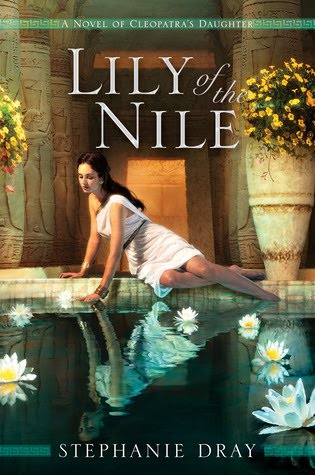 First we need to cover the fact that Michelle Moran released “Cleopatra’s Daughter” in the not so distant past. Michelle’s novel and Cleopatra’s daughter Selene was more of a traditional historical fiction novel. I know everyone is thinking that two books on the same person; how the heck is that going to work? In my mind ever since I saw a real mummy in an exhibit in the art museum, I have always felt that ancient Egypt holds a mystical power that is deeply etched in to the culture. I have to admit this is the perfect book for anyone who has ever day dreamed of the secrets that Egypt has hidden beneath the desert sands. Covertly Dray sets the stage for Cleopatra’s children to find the magic within them and find the strength to move on in a future full of hostile enemies.

Cleopatra Selene was the daughter of one of Egypt’s most alluring queens Cleopatra and Rome’s most gallant warriors. Her father Mark Antony as most know was a Roman and a high ranking one at that. Rome turned its back on Mark Anthony when he chose Cleopatra over his own birth city. Selene was about 10 or so when the political fight with Rome came to a standoff of emotional and physical warfare. Mark Antony was led to believe Cleopatra was dead and he ultimately committed suicide letting the flood gates open to the Romans. The Romans would waste no time and go in for the kill, they took over Cleopatra’s Egyptian city Alexandria and ultimately she lived up to the family motto “Win or Die”. She chose death and Selene was the one that brought her the snake. Carrying the deadly basket she went to her mother who was hidden away in her sanctuary. Before her mother sent the children away she gave each child a gift; the gift of her magic and a necklace with each child’s own proclamation inscribed in it. Selene’s necklace and gift changed her instantly and forever, her mother stated she was “The Resurrection”. When Selene left her mother’s presence with her twin brother Helios and younger brother Philadelphus they all knew it would be the last time they ever saw her again.

With both of her parents gone and her older half-brother by the great Julius Caesar; Caesarion on the run there was no hope of rescue. The Roman captors locked the children up in their mother’s room. It was only when the brutish Roman general Agrippa came to interrogate the children about their mothers death, Agrippa boasted that the children were to be shipped off to Rome by the orders of Caesar.

Gaius Julius Caesar Octavianus the imperator and victor of Actium in other words he was Caesar and also known as Octavian. He marched the children into Rome as war trophy’s and it was gratifying for him to march Cleopatra’s children in such a degrading way because he could not have their mother Cleopatra she was already dead. Selene and her two brothers struggled under their golden gilded collars and chains that were pulled by Octavian’s chariot. The crowds of Romans were viciously infested with rage at Cleopatra. The people pelted the children with things and cursed fiercely at them. The people of Rome hated the children because of their mother “the great whore” who stole Julius Caesar and Mark Antony from Rome.  Selene put on a brave face and with what little dignity she had left. She made it part of the way through Emperor Caesar’s great deliverance when out of sheer fear Selene begged for her life and the lives of her brothers. It took a lot out of her pride to beg but she felt she must beg or die trying. Just as Octavian had planned she begged and Octavian’s sister who was also her father’s ex-wife Octavia pledged with Caesar to spare the children's lives.

Stripped of everything she ever loved including her right to worship her beloved goddess Isis Selene found herself trapped in Octavia’s house of “lamentable embassy of royal orphans” with her unwanted numerous half brothers and sisters. Rome was nothing like Egypt it was painfully brought to light in everything even down to the way the houses were built. The beauty of Egypt was incomparable and Selene tried to console her-self but when the first message appeared it scared even her the first time. It was suddenly that magical hieroglyphics scrolled themselves all the way up her arms and down her hands. It had never happened before in Egypt. The messages hurt and bleed profusely which meant she could not hide it. The messages scared her because she had no idea where they were coming from and why they were happening to her. The messages would led her on a perilous task of protecting her beloved Isis and saving herself from being devoured by her new forced home the barbaric Rome.

4.5/5 Wow that was a good read! I cannot wait for the next one. This was the perfect blend of historical fiction and magic. Typically I am not magic kind of girl unless it is Disney. I guess the fact that it is Egyptian magic made it different in my mind like it was more mystically enticing. The next book “Song of the Nile” is going to be amazing and I am really looking forward to following this new trilogy. I can guarantee if you love anything Egyptian like me you will love this new take on one of history’s most monumental Queen’s. Recommended highly for historical fiction lovers who day dreamed Egypt held magical secrets.

FTC-Sent to me by author.
R-Rating for violence.

For more on Stephanie Dray:
Historically Obsessed's post on "Lily of the Nile" and "Song of the Nile" 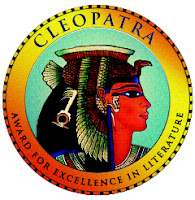 She is currently sponsoring the Cleopatra Literary Contest for Young Women, the deadline for which is March 1, 2011, but join her newsletter now for updates and a chance to win a free copy of Lily of the Nile and additional prizes.