Book Review: PRISONERS IN THE PALACE by Michaela MacColl 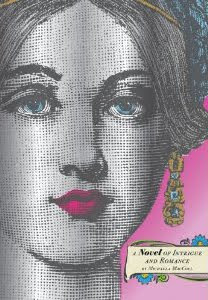 Due to hit bookstores October 13th. A exhilarating read that was a real page-turner. Pretty cover check, unique story check, author I have not read before check, famous historical person I have not read yet check, and this list is complete with all the factors that amount to good reads.

“Prisoners in the Palace” sets the stage with miss Elizabeth Hastings. More well known as Liza, brokenhearted Liza found herself in a predicament not of her choosing. Liza’s somewhat well to do parents suddenly perished in a terrible freak accident leaving Liza alone in the world at age 17. The situation was dire; her family had been living in a luxurious hotel when the accident happened. The hotel threw Liza out and with held the families’ belongings for non-payment of the rooms. Liza had no choice and answered a call to Kensington palace to become a maid. How low she had sunk with the loss of her parents. Good thing Kensington was calling her name or else she would have had nowhere to go.

Aside form being a royal residence Kensington Palace was anything but a normal residence, which Liza started to figure out before she even actually got inside. Kensington had two teams in the house one was for the Princess Victoria the other was for her mother the Duchess, the Duchess had long time employed the vile Sir John Conroy who invented the “Kensington System”. The system was a strict and sometimes god-awful way of raising the princess to be prepared for her duties as the future Queen of Great Britain. In my mind it was a system put in place by her mother and Sir John to control of Victoria and keep her away from the lax morals of the court.

In the midsts of the Kensington household politics Liza shows up needing work. Since few outsiders were allowed in Liza was only permitted entry in because she spoke fluent German and the Baroness who was not only leader on Victoria’s team she was also her governess who loved her very much and need someone to spy on the Duchess and Sir John. Liza was needed to spy on there conveniently only spoken in German conversations. The Duchess and Sir John spoke in German to make sure no one knew what they were saying or planning. It is like they say, “If these walls could talk” funny they would speak German in Kensington and not English.

Liza found out fast that what happened behind closed doors in Kensington stayed in Kensington. What most people viewed as a normal royal household was anything but that for Victoria. Caught in the middle of so many political schemes Liza had to follow her own good sense and remain loyal to the only person who really mattered, the Princess Victoria. Having so much ridding on her position at Kensington Liza came face to face with the fact that to love and protect a princess meant putting herself into even more dire straights than she had been in before with the hotel.

4/5 A wonderful read that was fast paced enough for me and it helped it was a beautiful book. I really enjoyed the shot fast paced chapters, which the beginning of each one has a beautiful frame to decorate the text. Written from Liza’s perspective I found it pleasurable that Liza’s and Victoria’s journal entries were included. Besides being beautiful the story itself was fascinating and mysterious which really helped me devour the story. I have not previously read anything about Princess Victoria but this was a good starting point for me that I think others who are interested in Victoria could start at also. However I know this book has it’s far fetched moments and I would not recommend this book to the lover of reads that are historically on point with the facts because in reality Liza the maid never existed. I find that sometimes I like reads which are not exact and this one was a good climatic read about the princess who earned the peoples trust and is to date Great Britain’s longest ruling monarch.

PG-13 Rating for some violence
FTC: Book was sent to me by publisher

Amazon
Prisoners in the Palace: How Princess Victoria became Queen with the Help of Her Maid, a Reporter, and a Scoundrel