New Release For August, THE RED QUEEN by Philippa Gregory

Finallly finally, a status report on the the seccond novel in new series by Philippa Gregory called The Cousin's War. I am still patiently awaiting the release of "The Red Queen". At least now I have a tasty tid bit to hold me over for the time being. I also have to mention that I did get my hands on a bit of info in regards to what will be the third book. If I remember correctly it took so long to get the red queen going because Gregory decided that she needed to make another book just on Elizabeth Woodville's mother. If I am not mistaken that will be the next book. 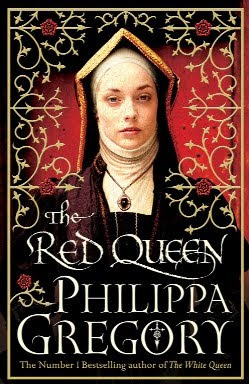 THE RED QUEEN – Philippa Gregory – Published August 19th in hardback
'Saints' knees, Praise God, I have saints' knees.  I am not yet ten years old, but I have saints' knees...  Pray God I can meet their challenge and have a saint's end too'
"Daughter of one of the most famously incompetent English commanders in France, heiress to the red rose of Lancaster, Margaret Beaufort never surrenders her belief that her House is the true ruler of England and that she has a great destiny before her.   Her ambitions are disappointed when her sainted cousin Henry VI of England fails to recognize her as a kindred spirit, and even more when he sinks into madness; but worst of all for Margaret is when she discovers that her mother is sending her to a loveless marriage in remote Wales.
Married to a man twice her age, and a mother at only fourteen, Margaret is determined to turn her lonely life into a triumph. She sets her heart on putting her son on the throne of England regardless of the cost to herself, to England, and even to the little boy himself.   Disregarding rival heirs and the overwhelming power of the York dynasty she names him Henry, like the King, sends him into exile, and pledges him in marriage to her enemy Elizabeth Woodville's daughter. She feigns loyalty to the usurper King Richard III, marries one of his faithful supporters and then masterminds one of the greatest rebellions of the time- all the while knowing that her son is growing to manhood, coached by his uncle, Jasper Tudor, recruiting his army, his eyes on the greatest prize,
In a novel of conspiracy, passion and cold-hearted ambition, Number 1 bestselling author Philippa Gregory has brought to life the story of a proud and determined woman who believes that she alone is destined, by her piety and lineage, to shape the course of history".