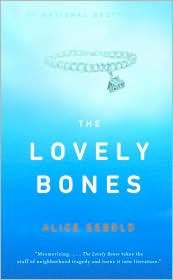 Hands down this is the best non-royalty historical fiction read I have read to date. I was hooked in with in the first few pages to the point where I wanted to sleep with it attached to my hand. I plunged so deeply into “Susie” that I finished it with in two days. Sleep deprived as I was, I found the book had taken a hold of me like nothing ever has before.

It is a tragedy in this world that people hurt children, it is a withdrawn subject to me and one that I choose not to ever touch on in my readings. I do not have a stomach for violence but violence with children involved hits a breaking point for me that I just cannot do. I purposely stayed away from this book because I was scared and I knew that a girl was brutally murdered but when I saw that maidens court had read it I knew it was time. I had to stomach the violence to see what all the fuss was about. I was in a dark mood the day I picked it up and happened to pick the off-handed read to change up the mix, I am glad I did.

As I braced myself for the read I found Susie Salmon, “Salmon like the fish” was in junior high in the early seventies. She was fourteen when her demonic pedophile neighbor Mr Harvey viciously murdered her. The murder happened with in the first few chapters because death was not the end of Susie Salmon. I instantly loved Susie as every woman could relate to being an innocent young girl in that awkward phase of life. She deserved to transcend directly to that place where lost loved ones waited with open arms to greet you. Something was transpiring and Susie found herself in a limbo place where people who could not move forward stayed in their own world, like a waiting room for heaven. Her little brother Buckley said it was the “in-between” part of Earth and heaven.

In the in-between Susie watched, she saw her family struggle with the loss that had no resolution. In my mind I have always felt that to loose a child at any age is a devastating event that many families are never able to recover from. To be just lost is worse because you never get the much needed closure. Susie found she did not have closure in her heaven either and she remained where she was and continued watching the time go by. The family changed the kids were growing up, mom had run off with her grief that was like a crushing weight. Her grandma moved in even if she was disfunctional in the begining, but with in it all they had each other still the core that mattered was intact. What kind of closure could there be for the girl that only her elbow was found? I was not really sure, I do not even think Susie knew what it was until it came in another unexpected form.

5/5+ loved it a exhilarating read that had me burning through pages all the way to the end. This book is reminiscent of my all time favorite movie “What Dreams May Become”, magically beautiful and deeply sinister all at the same time. I do have to state that I think if I had to give this a movie rating it would have to be R because it is violent and it does get into the disgusting details of a child’s rape and murder. With that out of the way I would highly recommend this read for who believes they can handle the grizzly details. This is one of those reads it is necessary to push through the bad to get to the startlingly good experience.

FTC This is my own personal book.