Book Review: THE ROYAL ROAD TO FOTHERINGHAY by Jean Plaidy 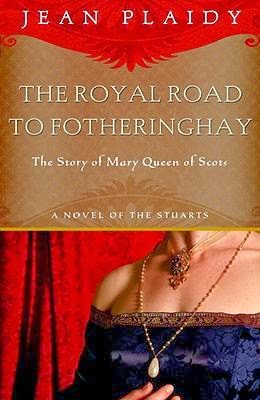 In typical Plaidy fashion Jean brought out the heart and soul of the complicated life of Mary Queen of Scots. This is the best Mary book I have read to date hands down. Who would figure that so much drama could go down in 320 pages? Besides all the above it actually went quite well after “The Confessions of Catherine De Medici” by C.W. Gortner. Though Plaidy fashions Catherine as threatening menace from the young queen of Scots point of view. I find it funny how one book can change your whole prospective on a person and it follows you to other reads. Those types of reads are good reads and this one is no exception to great good read standards.

In truth Mary Queen of Scots was a woman who was “ruled by her emotions” . In the beginning I wondered Fotheringhay…why does that sound familiar? Fotheringhay was the end of the road for Mary and her execution took place there. I always wanted the whole story on her years before captivity in England. What was it that led Mary to be considered a martyr and what really happened in Scotland?

Mary’s life was a complicated one from the beginning, she was proclaimed queen as a baby and her mother was regent. Scotland at this time was in conflict with the royals because Scotland’s people were devout Protestants and the royals were stanch catholics. With the conflict at a high point and Henry VIII nearly beating on Scotland’s door for Mary she had to flee. There is not a more beautiful place you could escape to in the world other than France in this read the luxuries of France were bursting at the seams. Mary found herself in the center being constantly petted and loved for her profound beauty. She was brought up in the royal nursery with her would be husband the later François II, it was always known that François would not be too long for this world. How different things would have been if he had remained.

Sadly after François II passed the not so friendly dowager Queen Catherine De Medici said in not so many words for Mary to kick rocks on her own in Scotland. Mary was distraught to leave her powerful Guise family and the luxury that was France. Mary was not meant for Scotland she was as delicate flower among barbarians. She was more gullible then I ever thought possible, gullible to believe people including her own family’s loyalty.

Plaidy covers it all from the glittering luxury of France with it’s Casanova courtiers, to rough Scotland highlanders who wore they Protestant beliefs as a badge of honor, spies on all sides, murderous plots, blood turning on blood, and delicate Mary always found herself in the middle constantly taking the wrong steps that would only eventually lead to Fotheringhay.

5/5 Loved it, perfect for anyone who wants the straightforward story of what most likely happened to Mary in Scotland. I had heard this was the best and now I have to confirm it is the best. Poor Mary she had no street smarts and just fell for the wrong idiots. I always love a good Mary read she is always going to be a person of interest.

FTC: This book is from my personal collection.

Royal Road to Fotheringhay: The Story of Mary, Queen of Scots