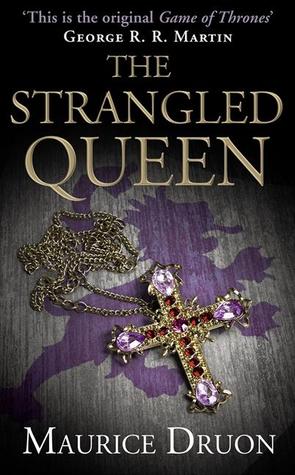 Ruling King Philip IV passed away suddenly leaving his kingdom to his eldest son now known as Philip X. France at this time was in a complete melt down with the change of power and the loss of their great king. The new king inherited the crown and a whole mess of feuding fractions that his father had kept under control for some time. The dead kings loyal advisors took things in their own hands and a feud followed with the royal cousins. Philip found it was overwhelming to fill his fathers position and to make things worse his wife was still locked up for her crimes of adultery.  He felt trapped in a marriage that he could not get out of or end. He might have been able to seek an annulment if the Pope had not died suddenly; he was also a blood relative.  A new Pope had not been elected yet and the dead kings vindictive advisor Enguerrand Marigny was maliciously preventing a new Pope from being elected for his own diabolical reasons.

Stuck with his wife in jail Philip was in a major dilemma. A king needs heirs and he would not get them from an adulterous wife that was in jail. He needed help and he enlisted the help of his uncle in ridding himself of his wife and finding a new one. With everyone fighting especially the advisors and the Kings uncle, Philip proved he was no king like his father.  He relied heavily on his fathers corrupt advisors until the Templars curse proved it was out to destroy Philip the Fair’s family all the way down to the thirteenth generation.

4/5 this one like the previous novel in the series  “The Iron King” took awhile to pick up but once it did I found I could not put it down. It was kind of confusing at points with the advisors and all his family fighting with the royals but I did find that the character index was very helpful.


FTC ~ this novel is from my personal collection.