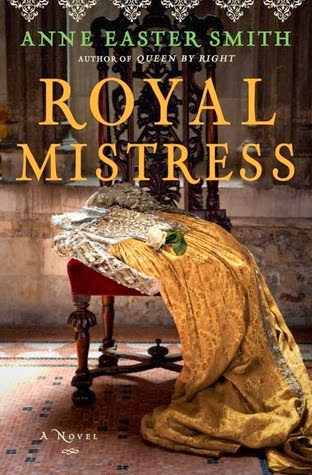 "Royal Mistress" is a mistress I have not touched on before and I was pleasantly surprised to find a whole new perspective in The War of the Roses. Jane Shore was one of Edward VI mistresses but the only difference with Jane is that she was in it for the long haul. There are many sad stories that occur during the War of the Roses and Jane's was no exception. Each and every story during this time period has such a different perspective of what went down. I had never really touched upon Jane’s until now even though she was Edwards’s favorite. I had been saving it for a book I really wanted to read. I fell in love with Jane just like everyone else did in her day. Jane had grown up Jane Lambert. Her father was a successful silk merchant in London. Her father and her never really had a good relationship and he was eager to marry her off to a lame older silk merchant. Sadly her future husband never had any libido. Jane was considered a striking beauty and even that did not rouse her husband. Jane concluded that he was impotent and had been robbed her of the one thing she desired most: children. With a loveless marriage and no children in the future Jane was the unhappiest in her life. On one fateful day in London her husband had picked out the most exquisite dress and headdress to match for her to wear. He had made it all especially for this day so that she may sit in the shop window and get the attention of the nobility that would be parading through the London streets that day. His ultimate goal was to ensnare a rich customer even maybe a royal one but instead he ensnared something else he never saw coming that might yet become an advantage for him.

Prior to Jane’s marriage she had fallen for the Marquis Tom grey and it never came to anything serious, one because she did not know who he really was and two he was already married. He never told her who he really was but that did not stop Jane’s puppy love for Tom. While Jane was married she fancied herself with Tom and he was never far from her thoughts. It was by chance that Will Hastings; King Edwards’s right hand man saw the beauty exquisitely sitting in the window waving at the procession that day. William saw Jane but Jane saw her Tom Grey and it was then everything clicked into place. Tom already had a wife and so did Will Hastings but that did not stop either one of them from falling head over heels for “Shore’s Wife”. Hastings wasted no time in tracking her down under the guise of a new gown for his wife. Jane and Will became fast friends and he became her “in” at court. Jane did not return Will’s feelings but instead they developed a friendship. Will knew it was only a matter of time before King Edward saw her and he would have to relinquish the newly discovered beauty.

King Edward had held a party at the palace in honor of all the guild members. Jane and her husband were personally given thanks from the king and queen. Love or Lust at first sight it did not matter both King and Jane became instantly smitten with each other. Edward was quick to dispatch Jane’s lame husband and claim her all for himself. He became Jane’s first love and lover all at once. Edward was blissfully happy with Jane. He even went so far as to parade her in front of his notorious wife Elizabeth Woodville. That is one woman you never want to cross yet Jane loved Edward so much she could not stay away from him. At that point it did not matter what Elizabeth Woodville thought because Jane had Edward’s love on lock down and it was enough for her. She never really thought about what could happen to her if he were suddenly gone. Jane tended to live in the moment and had not given too much thought into what her future could be like with out Edward. In a turn of tragic events Edward is suddenly taken from her and that is where the story really picks up. With Edward VI gone and his brother Richard now in control, Richard was adamant about cleaning up the loose morals at his brother’s court. Richard specifically went after Jane truly believing that she had hastened his brother quick demise. She would be his first example at court of how he would deal with immoral women.

4/5 I was on the fence about this one, I was unsure if it was a full 5 or not. I give this one a four because I kind of felt the whole execution of Anthony Rivers was kind of glossed over. However this novel is very moving I found myself rooting for Jane and her quick wit. I really could not put this one down after ¼ the way through it. At one point in my reading I was reduced to tears because I thought someone stole my book out my garage but thank goodness I found it.

PG-13 Sexual reference, violence.
FTC-this book was sent to me by the publisher for review.