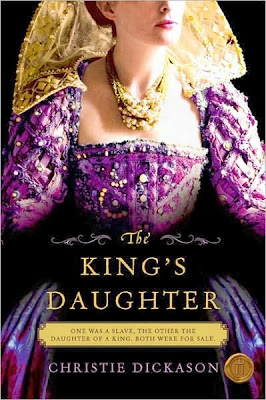 Elizabeth Stuart daughter of king James I of England was born in Scotland. She eventually moved to England when her father became King of England upon Elizabeth I’s death. Elizabeth had a very sheltered childhood. Her father was adamant that she would not have any knowledge of the court’s happenings. He even went so far as to make sure she was not educated too much because he believed educated women were trouble. Even though her father forbade her many things including a loving mother, Elizabeth gathered court information from her beloved older brother Henry Prince of Wales.

Henry and Elizabeth were thick as thieves because their mother was not exactly all there and James was abrasive to say the least. That made their relationship solid but with their parents it was very awkward. The siblings literally had no relationship with their mother Queen Anne of Denmark and their relationship with James was brutal. James was cold, calculating, and hardly missed a beat. His children were terrified of the things he did. In the political world James wanted to play peacemaker in the courts abroad. To appease all fractions James promised one child would marry Catholic and the other Protestant. As Elizabeth came of age her list of suitors was long and always changing, which made it very hard for her to gather information about who was on the list. She was literally in the about any negotiations until a new unlikely friend was forced upon her.

This new friend showed up after Elizabeth had a disastrous reunion with her mother after she arrived in England. Her mother had treated her strangely. She was shown no love and later her mother gifted her a peculiar gift of a human being flesh and blood. Her name was Tallie and she showed up unannounced and had put Elizabeth on edge because she really had no idea what to do with the gift of a person. Tallie was a slave and had dark ebony skin yet it was not the color of her skin that made Elizabeth uneasy. Elizabeth did not care much for appearances she wanted the one thing no one else would give her, the truth. Elizabeth's “herd” of ladies were never completely honest with her and she knew it. Elizabeth became friends with Tallie because they made a pact that they would always be honest with each other. After the ground rules were established for their new friendship the two conspired together on gathering information on the ever-changing court objectives of the moment. Top on the courts priority list was finding a suitable suitor for Elizabeth.

Tallie would do anything for Elizabeth and Elizabeth the same because no one else ever seemed to care about the two girls except for Prince Henry. Henry was Elizabeth’s everything and he wanted to make sure Elizabeth married well. He genuinely wanted his sister to be happy. There were new suitors being added to the list daily for her hand. Then there was one suitor that the siblings became immediately smitten with, Frederick Elector of the Palatine. When he arrived in England Elizabeth immediately knew he was meant for her heart and soul. But in a tragic turn of events Elizabeth could loose the man she never had and the best friend she never asked for. She had to be brave and take her future into her own hands or loose everything she held so dear to her heart.

4/5 Light, fun read some might find this a “fluffy” novel. I enjoyed it and that is all that really matters in the end. I have not read much on James I’s court, which is a problem I am quickly working to rectify. I have a feeling this novel was more on the dramatic side of the historical fiction spectrum so if accuracy is your thing this might not be your cup of tea. I would recommend this novel to newbies of James I’s court and Elizabeth Stuart.

R-Rating for sexual reference
FTC- this novel is from my personal collection.
Amazon
The King's Daughter by Christie Dickason
~Lizzie~