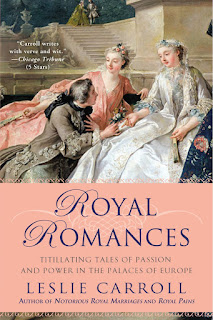 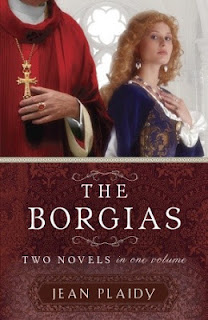 The Borgias by Jean Plaidy

For the first time in one volume, Jean Plaidy’s duet of Borgia novels brings to life the infamous, reckless, and passionate family in an unforgettable historical saga.

Madonna of the Seven Hills:

Fifteenth-century Rome: the Borgia family is on the rise. Lucrezia’s father is named Pope Alexander VI, and he places his daughter and her brothers Cesare, Giovanni, and Goffredo in the jeweled splendor—and scandal—of his court. From the Pope’s affairs with adolescent girls, to Cesare’s dangerous jealousy of anyone who inspires Lucrezia’s affections, to the ominous birth of a child conceived in secret, no Borgia can elude infamy.

Some said she was an elegant seductress. Others swore she was an incestuous murderess. She was the most dangerous and sought after woman in all of Rome. Lucrezia Borgia’s young life has been colored by violence and betrayal. Now, married for the second time at just eighteen she hopes for happiness with her handsome husband Alfonso. But faced with brutal murder, she's soon torn between her love for her husband and her devotion to her brother Cesare… And in the days when the Borgias ruled Italy, no one was safe from the long arm of their power. Not even Lucrezia.

"Answering the age-old question, "Why do we say it?" this handy dictionary gives the intriguing origins of hundreds of everyday words and expressions.

Useful for reference and fun just for browsing, Dictionary of Word Origins is also a great way to expand vocabulary and enjoy doing it".
~Lizzie~