Today in History, For the love of Anne

All For the love of Anne Boleyn today in history will always be her day in my heart. I drew her in pen and color pencil then scanned her in, added a few backgrounds and a bunch of pretty butterflies. Before I shrunk her down I took a close up below. 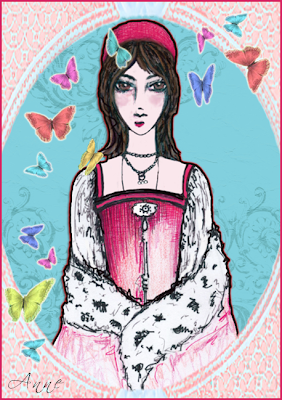 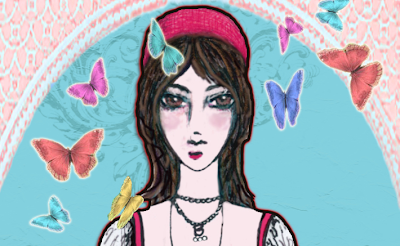 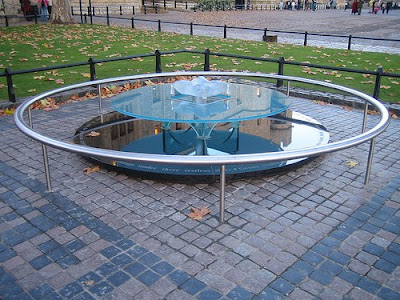 Anne's Memorial, breath taking a glass pillow on a pedestal. On the rim of the pedestal are the seven names of the nobility that were beheaded for treason. Anne's name is right next to Margaret Pole some where on there is Jane Grey, Catherine Howard see list below.


"Seven nobles (five of them ladies) were beheaded privately on Tower Green, inside the complex, and then buried in the "Chapel Royal of St. Peter ad Vincula" (Latin for "in chains," making him an appropriate patron saint for prisoners) next to the Green. Some of the nobles who were executed outside the Tower are also buried in that chapel. The names of the seven beheaded on Tower Green for treason alone are: