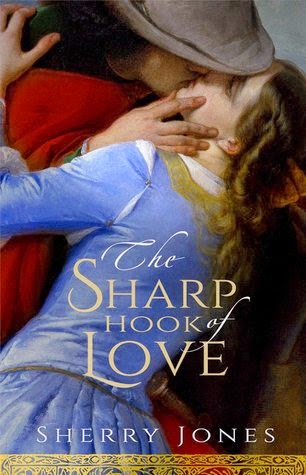 The Sharp Hook of Love by Sherry Jones ~ autographed ~ releases 10.7.2014
"Among the young women of 12th century Paris, Heloise d’Argenteuil stands apart. Extraordinarily educated and quick-witted, she is being groomed by her uncle to become an abbess in the service of God. But with one encounter, her destiny changes forever.
Pierre Abelard, headmaster at the Nôtre Dame Cloister School, is acclaimed as one of the greatest philosophers in France. His controversial reputation only adds to his allure, yet despite the legions of women swooning over his poetry and dashing looks, he is captivated by the brilliant Heloise alone. As their relationship blossoms from a meeting of the minds to a forbidden love affair, both Heloise and Abelard must choose between love, duty, and ambition. 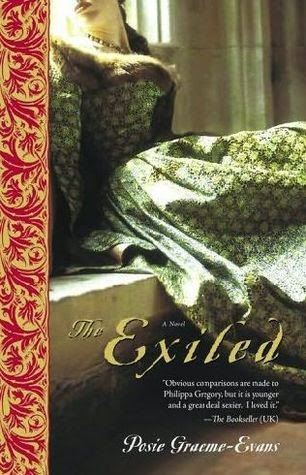 The Exiled by Posie Graeme-Evans
"In this windswept story set in the lusty fifteenth century, the enchanting Anne faces the challenge of raising her child in exile. Always resourceful, she flourishes as a merchant and is able to support her household. But the local businessmen aren't pleased about competing with a woman and her foes are multiplying around her, desperate to put her back in what they believe is her rightful place.

Anne has a secret that her enemies could use to destroy her. Her beloved son is the product of a passionate affair with the king, Edward IV, who knows nothing of his existence. If this information were to fall into the wrong hands, it could prove lethal for Anne and her child. She struggles to find peace in a world of duplicity and suspicion, where adversaries masquerade as allies, and someone very powerful wants her dead. Yet, despite the pressure of her enemies, what pains Anne the most is that she is unsure when or if she will see her darling Edward again".~Lizzie~