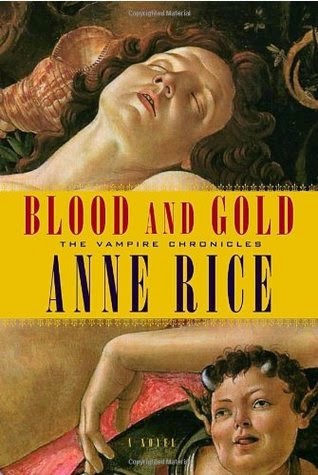 Marius child of the millennium, one of the oldest vampires in existence finally tells the story of his life. Stolen from his home at the height of the Roman era, Marius was given the dark blood by a captive druid vampire that was forced into living in a tree and only allowed to feed once or twice a year. Escaping the same fate as the druid vampire Marius was called to Egypt on a mission to save the mother and father of all vampires. The caregiver of the king and queen had given up all hope and took the king, queen, and himself into the sun to die. Little did he or anyone else know at the time that if he killed them it would mean instant death to the whole vampire species. Taking his king and queen Marius fled Egypt and instantly became the keeper of "those who must be kept”. The burden of caring for the king and queen would weigh heavily on Marius for centuries to come.

Marius had given the dark blood to his one time mortal love Pandora; both lovingly cared for the king and queen for centuries in Antioch. Their relationship took a dreadful turn when after a fight between the two Marius packed everything up including those who must be kept and fled. At the time Marius had been blinded by his anger and could not see that abandoning Pandora would cause him great pain in the centuries that were to come. Lost in his loneliness Marius was heartbroken that his glorious Rome had fallen. At this point he felt he had no other choice but to leave the beloved city he was born in and start over anew somewhere else.

Constantinople was proclaimed the new Rome and Marius went east with his king, queen, and two other ancient vampires to start all over. His new life in Constantinople did not go as well as he had planned. After a vampire drama fest once again Marius abandoned everyone but his king and queen and fled. Hiding the queen and king in a remote Italian mountain top crypt he spent decades alone. Once again victim to his own loneliness Marius was driven out of the crypt and found himself in full-blown renaissance Italy. The world had completely changed and it was completely to his liking. He found himself enthralled by the art of this new era. Marius was always a passionate artist in his heart of hearts and the idea came upon him that it was time to re-enter the mortal world as he once had done centuries ago in now ancient Rome.

Venice Italy breathed new passions into ancient Marius. He made a new life for himself with a beautiful home and filled it with new friends and servants. Bianca, beautifully mortal Bianca entranced him from the moment he met her. Marius truly loved Bianca but he also loved another named Amadeo. He rescued Amadeo from a brothel in Venice and brought him home to be educated with all the other boys he took under his wing. They would have many adventures together in Venice but like all good things they must come to an end. All would be ruined in one tragic day in Venice that almost took Marius' immortal life. Amadeo was stolen from him, Pandora was forever lost to him, and now Bianca was trying to hold it all together for Marius. For him nothing could or ever would be the same again but he could not just give up because the secret of those who must be kept must always be protected at whatever the cost even if it cost him everything and everyone he ever loved.

5/5 loved it! I finally got Marius' whole story even though I had to wait until book eight in the series to get it. It was well worth the wait though with an ending I never ever saw coming. I am really looking forward to reading "Pandora" even though it is technically part of the new vampire chronicles because it will give a whole new aspect to Marius' story. I would recommend this novel to history lovers alike because all of Anne's vampire chronicles focus not just on the vampires but the history of the era's in which they lived.