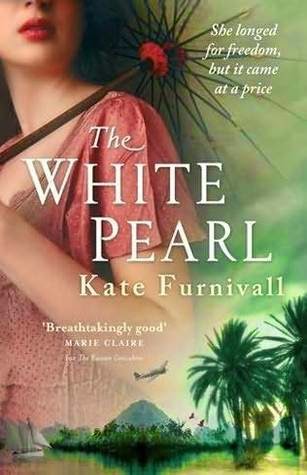 The White Pearl by Kate Furnivall
"National bestselling author of The Russian Concubine, Kate Furnivall spins a tale of war, desperation, and the discovery of love off the coast of Malaya.
Malaya, 1941. Connie Thornton plays her role as a dutiful wife and mother without complaint. She is among the fortunate after all-the British rubber plantation owners reaping the benefits of the colonial life. But Connie feels as though she is oppressed, crippled by boredom, sweltering heat, a loveless marriage. . .

Then, in December, the Japanese invade. Connie and her family flee, sailing south on their yacht toward Singapore, where the British are certain to stand firm against the Japanese. En route, in the company of friends, they learn that Singapore is already under siege. Tensions mount, tempers flare, and the yacht's inhabitants are driven by fear.

Increasingly desperate and short of food, they are taken over by a pirate craft and its Malayan crew making their perilous way from island to island. When a fighter plane crashes into the sea, they rescue its Japanese pilot. For Connie, that's when everything changes. In the suffocating confines of the boat with her life upended, Connie discovers a new kind of freedom and a new, dangerous, exhilarating love". 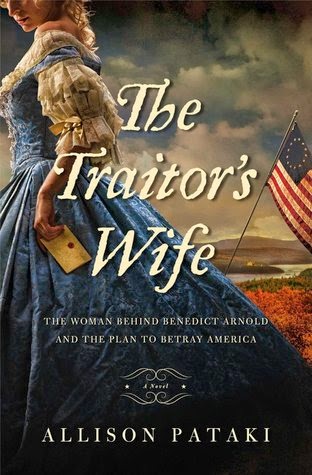 The Traitor's Wife by Allison Pataki
"A riveting historical novel about Peggy Shippen Arnold, the cunning wife of Benedict Arnold and mastermind behind America's most infamous act of treason . . . Everyone knows Benedict Arnold--the Revolutionary War general who betrayed America and fled to the British--as history's most notorious turncoat. Many know Arnold's co-conspirator, Major John Andre, who was apprehended with Arnold's documents in his boots and hanged at the orders of General George Washington. But few know of the integral third character in the plot: a charming young woman who not only contributed to the betrayal but orchestrated it.


Socialite Peggy Shippen is half Benedict Arnold's age when she seduces the war hero during his stint as military commander of Philadelphia. Blinded by his young bride's beauty and wit, Arnold does not realize that she harbors a secret: loyalty to the British. Nor does he know that she hides a past romance with the handsome British spy John Andre. Peggy watches as her husband, crippled from battle wounds and in debt from years of service to the colonies, grows ever more disillusioned with his hero, Washington, and the American cause. Together with her former love and her disaffected husband, Peggy hatches the plot to deliver West Point to the British and, in exchange, win fame and fortune for herself and Arnold".~Lizzie~