Upcoming Release: The Autumn Throne: A Novel of Eleanor of Aquitaine by Elizabeth Chadwick 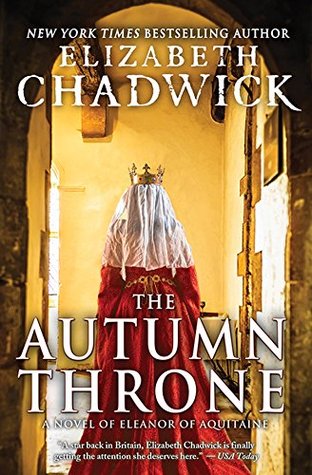 
"The Son She Loved. The Betrayal She Faced. The Legend She Became.

The stunning conclusion to the Eleanor of Aquitaine trilogy

Imprisoned by her husband. Separated from her children. If King Henry II thought these things would push his queen into submission, he was wrong. Eleanor of Aquitaine refused to give into his tyranny. Freed by his death, she became dowager Queen of England. But the competition for land and power that Henry bred among his sons had grown into a dangerous rivalry that Eleanor must skillfully control. Eleanor would need every ounce of courage and fortitude as she crossed the Alps in winter to bring her son Richard his bride, ransom him from imprisonment and deal with his brother John's treachery. Her indomitable spirit would be tested to its limits as she attempted to keep the peace between her warring sons, fend off enemies, and negotiate a magnificent future for a chosen granddaughter".