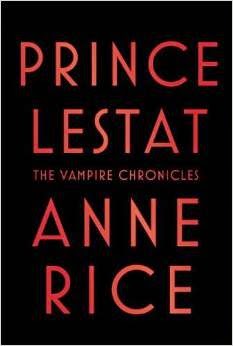 The vampire Lestat is finally back. This time he has a purpose he just does not know it yet. Picking up in modern times Lestat is still the pitiful self-made outcast.  Loathing himself he has refused to intergrade himself back into his vampire family. In his self-imposed exile Lestat roams the world haunted by the past that he cannot change. While wandering he does a few miraculous things, first he saves a little girl named Rose from utter destruction and becomes her uncle “Lestan”. Second he meets two unique vampires one of very ancient lineage named Seth that is the human son of the dead queen of the damned Akasha. Seth’s newly made vampire partner Dr. Fareed is a genius doctor that has quickly become a valuable asset to the “vampire tribe”. In his medical experiments Fareed has discovered a way to stop the vampire blood in the body long enough to give Margaret new eyes and Flavious a new leg.  With these medical break troughs whirling around the vampire community is on the cusp of a new era not just medically but also socially. The vampire dj Benji has taken notice of this and on his nightly broadcasts he tells all the vampires that  “we are a tribe of one” and every night he begs Lestat to come home and help the tribe. Lestat refuses to do so but Benji’s pleas do not go unheard.

The whole vampire community is still recovering in the wake of the terrible events that Queen Akasha dealt them. At the time no one knew that when she awoke she also woke up many super ancient vampires that had been sleeping for centuries and even some millenniums. As they have been coming to many have found that this mysterious “voice” has been talking to them demanding the destruction of the young vampires all across the world. Some of the ancient ones had fallen victim to incessant demands of the Voice nearly driving them to madness. Lestat has become a great vampire of interest to the Voice and loved to torment him.  The torment of the Voice had been harassing Lestat for quite some time until the burnings of the young ones began. That was Benji’s reason in vigilantly calling Lestat home to the tribe. There is only one way the vampire tribe was going to figure out what this mysterious Voice wants. They would all have to come together to and use all of their strength to find out where this voice is coming from. Only then will they discover its reasons for wanting to destroy the young ones.  The Voice must be stopped at all costs before it kills them all.

5/5 I loved this wonderful addition to the Vampire Chronicles because it almost brings every single one of the vampire characters together. The only part of this novel that I did not like was that Anne left out Tarquin Blackwood and Mona Mayfair.  The only reason it upset me that there was no mention of them was because the last two previous novels in the series were completely devoted to Lestat’s adventures with Mona and Quinn in New Orleans. I was disappointed because I felt that if everyone was coming together to be a tribe then that would include Mona and Quinn. On a really positive note there was a new feature I really found useful that none of the previous novels had and at the very end of the novel there is a full character index and an “informal” guide to the whole series. I found both of these features really helpful in jogging my memory on the previous novels events and it really helped in keeping track of all the newly awaken vampires. I would not recommend this novel as a stand-alone novel because it literally pulls the previous twelve novels together. If you really want to read this novel with out reading all twelve other novels I would recommend at least reading “The Queen of the Damned” because then you will at least get the major points in the back history.


FTC ~ this novel is from my personal collection. I received no compensation for this review and it is reflective of my honest opinion of this novel.