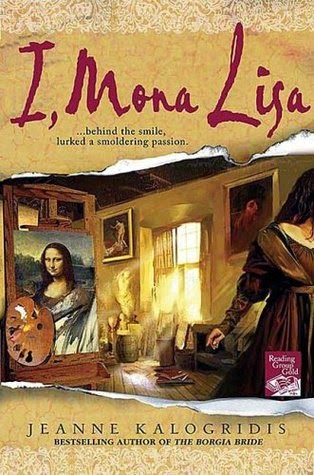 Lisa di Antonio Gherardini was born into a life of secrets layered upon even more secrets. At this time Florence Italy was ruled by the de’ Medici. Lorenzo the magnificent co ruled with his brother Giuliano during the golden age of the Renaissance. Before Lisa was born Giuliano de’ Medici was tragically murdered in the dumo. His tragic end sent Florence into instant turmoil. Giuliano’s murder would scar each and every person who loved him for the rest of his or her lives.  Stricken with the grief of his brother’s death Lorenzo hunted down his brother’s murders with a cruel vengeance. All of them except one was found and destroyed. “The pennant” was the man that gave the first lethal blow to Giuliano and only Lorenzo’s faithful artist Leonardo da Vinci saw the face of the man. Leonardo never forgot a face and had struck a deal with Lorenzo that should he find the elusive pennant he was to be left to live because Leonardo did not believe in capital punishment. The pennant was never found and yet even with Giuliano gone his death would continue to haunt all of Florence.

Lisa’s father was very strict and her mother was sick; her home life was anything but pleasant. On the verge of womanhood her mother told her of Giuliano’s murder and had taken her to the dumo where her mothers only link to the past still existed. All questions about her mothers ties to him were left unanswered because her mother was brutally murdered by the evil propaganda preacher Savonarola. Her father had been taken in by this fanatical preacher and truly believed his radical sermons. He had dragged her sick mother to one of these sermons to meet Savonarola and she had fallen into a fit during the service. God’s work held all accountability for murdering her mother. Lisa would never be able to forgive Savonarola or her father for not helping her mother and for pushing her into an early grave.  Lisa in that instant saw another side of her father she had never seen before.

Since Lisa’s father was a rich wool merchant his family had been employed by the de’ Medici for generations. It was her mothers final wish that Lorenzo be the only man to play matchmaker for Lisa and her future husband. She met Lorenzo in her finest gown and Lisa made introductions with some of Florence’s finest artists, Leonardo da Vinci and Michelangelo. After meeting all of these new fascinating people Lisa had a firm new conviction that she was ready for a new life far away from her fanatical father.

Lorenzo’s son named after his beloved uncle, Giuliano met Lisa at the end of her first visit to the de’ Medici household.  It was love at first sight and he wanted to ask for permission to have her hand but his father’s health was in rapid decline while the fanatical preacher Savonarola was quickly on the rise. All of Florence flocked to this mad man that was apparently an anti de’ Medici fraction. He was succeeding in turning Florence against the de’ Medici while Lorenzo lay dying.  Lorenzo’s eldest son Piero was going to struggle in taking over his father’s rule of Florence. Taking a dramatic hold on life Lisa and Giuliano married with out her fathers consent and barely two days a married woman all of Florence turned against anything de’ Medici. Piero was ousted and fled for his life and Giuliano had tragically died trying to find Lisa. With him gone there was no reason to live but live, as she must Lisa must find justice and the truth because it was all she had left.

4/5 Excellent story lines, I really enjoyed this one because it was a real mystery surrounding Mona Lisa’s mother all the way to the very end. I loved this one but I defiantly would not recommend this one to my readers that need historical accuracy because their were a lot of liberties taken here by the author.


FTC this novel is from my personal collection.
Amazon ~ I, MONA LISA by Jeanne Kalogridis
~Lizzie~