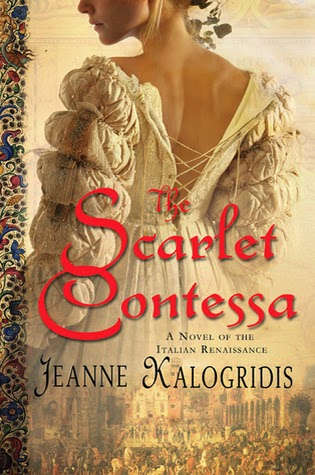 In 15th century Italy Caterina Sforza was a formidable foe. She was a woman with the heart of a man and she ruled just as any man could maybe even better. Her adopted sister Dea was her constant companion all through their childhood. Growing up in the home of the vicious Duke of Milan’s house meant not living a sheltered life. One of the Duke’s favorite “pass times” was raping the local women and he never excluded the nobility. Caterina and Dea could not ignore the screams that came from her father’s rooms at night. Both girls would grow up and realize that even though they were women they could wield just as much power as any man could.

Dea by chance discovered she had a gift for reading “triumph cards”. She could foretell the future from the cards good or bad; she saw it all. Caterina and Dea shared the same fate and the same cards came up almost every time. The tower card always appeared but who’s tower was it, when and where were unknown but even if the women knew the end all that really mattered was how they got to that point and if they could survive it. They had to be prepared for whatever the tower held in the future.

Caterina married one of the most powerful men in Italy. Count Girolamo Riario was nephew to the Pope and leader of the papal army. It was not a love match but it evolved into a power match with Caterina being the leader in the end. Caterina ruled everything, she took lovers, ordered her armies, and all the while had Dea consult the cards for what the future held. Dea had her own ambitions; top on the list was to find her beloved husband Matteo’s murderer. Matteo was secretary to Caterina’s father and held not only the duke’s secrets but fiercely protected his own. In the end Pope Alexander VI and his son Cesare became their greatest enemy. A one-time friend that could also be considered a foe, Pope Alexander and his son lusted for not just Caterina’s person but her lands also. At this time in Italy the Borgia’s were on a rampage and not even the bravest women in all of Italy were left unscathed and Caterina was next on the list to take down all in the name of the Holy Father.

X-Rating for sexual encounters and violence
FTC- this novel is part of my personal collection and I received no compensation for it.