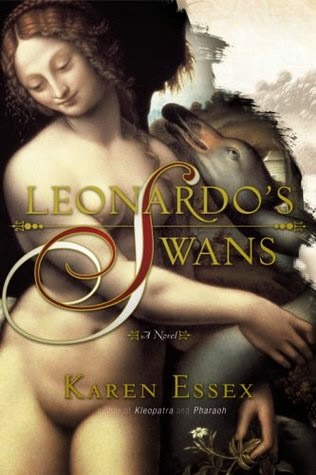 The d’Este sisters Isabella and Beatrice were destined for grand marriages during the Italian Renaissance. Their father the Duke of Ferrara nicknamed “the diamond” for his hard negotiation tactics secured a betrothal for his eldest daughter Isabella to the Captain of the Venetian army: Marquess of Mantua Francesco II Gonzaga. It was a love match, which was a rarity for the time and Isabella grew up receiving passionate love letters from her betrothed. The younger of the sisters Beatrice was to marry Ludovico Sforza the regent for the Duke of Milan. Ludovico Duke of Bari was dragging his heels from the beginning because he was reportedly in love with his current mistress that he was not allowed to marry. Eventually both sisters would go on to their new glamorous lives. Newly married the sisters both had high hopes of love and ruling their new kingdoms. Despite all the changes in their lives everything was not as they thought it should be especially between the sisters. It  all had started as childhood differences and later became complicated womanly differences. It was a childish rift that could affect them for the rest of their lives.

The rift between the sisters started when they were brought up in separate households. Isabella was at her mother’s knee and received a very fine education. She was also taught the finer qualities of being a lady. Meanwhile her grandfather raised Beatrice at his court. She was encouraged to ride horses and do exactly what she pleased. Isabella grew to become a cultured lady while Beatrice remained the fearless tomboy. Despite of their differences they loved each other and were close enough yet everything was a competition to see who was better. The rivalry between them did not change much as they grew into women. Then everything took a dramatic turn when they married because it was obvious fortune had played a cruel joke on the sisters as far as husbands go.

Isabella’s husband Francesco was a solider at heart; his family was of the lesser nobility and was famous for their extraordinary horses but they were not a super rich family. Beatrice’s husband Ludovico was a rich and powerful Duke. He collected art, employed Leonardo da Vinci, was well read, and not to mention handsomely charismatic. Each of the sister’s husbands possessed qualities that the other sister coveted. It was truly sad that if the husbands had been switched both sisters would have been a much happier from the beginning. Taking what fortune had dealt them the sister’s lives changed dramatically overnight. They both became deeply involved in the politics of the worldly courts. There was an abundance of intrigue between all the Italian states at this time and even with in their own courts. Everywhere they turned there were courts filled with vipers just waiting for a moment of weakness to attack. All of Italy was on the verge of all out war and now they had to worry about not just their home fronts but the French were now after them. The French might just be unstoppable if they were victorious all would be lost. Differences and husbands aside the sisters were not just fighting for their own livelihood but for the future of their houses, all of Italy and to save the fragile love that was only recently born between the sisters and their husbands.

5+/5 I LOVED this novel and found it really complicated to write a review about not because the book was complicated but because the sister’s lives were very complicated. They were jealous of each other yet they loved each other at the same time. It really was a beautiful novel set in a heartbreaking era of turmoil: the Italian Wars.

R- rating for sexual references
FTC-This novel is part of my personal collection. I received no compensation for this review.