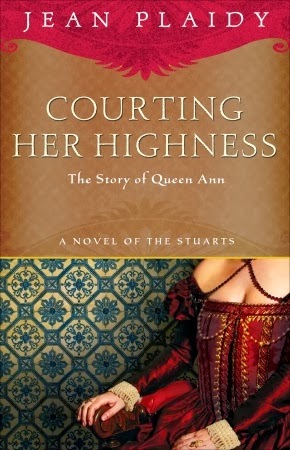 Queen Anne is part of the dying infamous Stuart lineage. The throne of England became hers after her brother in law William of Orange passed away leaving her with no more close blood relatives. Anne's life was riddled with tragedy after tragedy and since her only surviving child died young she had no heir. The Stuart curse did not leave Anne unscathed. Anne's greatest attribute was that she had a big heart and she decided from the beginning of her reign that she wanted to be known as "good Queen Anne". The people of England became her children and she mothered them the best way she knew how by being a loving devoted ruler.

Her tyrant best friend from childhood, Sarah Churchill, ruled Anne. She held all the real power in Anne's court because Sarah easily manipulated Anne since they were children. Sarah had long been training Anne to follow Sarah’s rule. The Churchill star was at a high point they ruled England in all but name. Sarah's handsome husband John led the English army to victory in numerous battles making John a legendary English war hero highly valued by the Queen. Sarah felt secure with Queen Anne's affection also but Sarah began to secretly despise her own best friend Queen. She even went as far as to constantly complain of the Queen in her family home very openly. The life long relationship hit a turning point when Sarah crossed the line with her treatment of Anne in public and in that moment the Churchill’s fall from royal favor began. A new star in Queen Anne’s court was on the rise at Anne's court. The new star in Anne's affections was brought to court by Sarah to be a chambermaid to the queen. Ironic as it is to have the mighty Sarah Churchill replaced by Abigail Hill. Abigail was a poor relation of Sarah's and she was the polar opposite of her cousin. Abigail was quiet, polite, reserved, and faithful to her religious beliefs unlike Sarah who only believed in herself. Abigail’s soothing personality was the balm Queen Anne sorely needed after the mistreatment Sarah Churchill had given her over the years. Anne removed the rose colored glasses and finally saw Sarah Churchill for who she really was.

There was one question that was on everyone's mind in England. Who would succeed the childless Queen Anne to the throne of England? There were two possibilities: George of Hanover or Anne's exiled younger half brother. Her younger brother was firm in his Catholic faith just like thier father James I was and he might not be willing to convert. If Anne could persuade him to convert to The Church of England then and only then could the coveted crown of England be his upon her death. The decision weighed heavily on Anne in the end and only she could make the final choice in her darkest hours.

4.5/5 I enjoyed Anne's story but Sarah Churchill almost ruined it for me. She was a nasty woman and this reader was sick and tired of her high and mighty attitude. I would recommend this novel to anyone who that would like to have more background history on the last of the Stuarts Kings and Queens.

FTC-this novel is from my personal collection
PG Rating
~Lizzie~