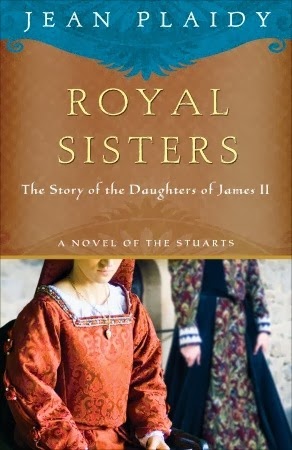 Revolution was in the air, and the new King James II was about to be the victim of his own ignorance. England made a call for “no popery” yet James refused to hear the wishes of the people of England.  James was firm in his Catholic beliefs, and he would bring about his own destruction. England demanded a Protestant ruler, and they cried for James' Protestant daughter Mary. Mary and her husband the “Protestant usurper” William of Orange was invited by the people of England to rule in place of her father. William greedily accepted but only after he made one condition on his wife. William would be co ruler with Mary because his ego would never let him tolerate being merely a royal consort.

James daughters betrayed him for the crown, and he was forced to flee with a broken heart. James was a good father. He loved his girls even in a time when male children were favored. He doted on his girls particularly Mary. Upon Mary’s coronation, she received a scathing letter from her father cursing her for taking the crown from him.  Mary still went on with the coronation, and since she was never blessed with a child her sister Anne was proclaimed heir. William and Mary’s reign began with turbulence, and their reign was not a free loving one like her uncle Charles II. England hated William; he was cold and never did anything fun. Worse yet he was severe to not only Mary but also everyone else around him. Just like in the previous novel, William continued to ill-treat Mary with his cruel uses.

Sadly the sisters had a falling out not long into Mary’s reign. Childhood friend Sarah Churchill was the source of this falling out. Mary did not like Sarah, and she also was clever enough to see that Sarah Churchill directed the Princess Anne in all things. Mary became determined not to let Sarah Churchill arise any farther than she already had. Anne was determined not to lose her long time best friend and moved from the palace cutting off all communication with her queenly sister. At that point, the only thing the two sisters shared was the love of Anne’s only surviving child, the little Duke of Gloucester.

The “little Duke” was the little treasure of the family and oh how he twinkled. The whole family doted on the boy and were in perpetual worry about his health because his “head was abnormally large”. It was said that he had water on the brain, and he hardly walked without the aid of others. As the little Duke grew he became a “serious soldier”. The Princess gave her son his own “soldiers”; imagine ninety little nine-year-old boys in uniform under the little Duke’s command. These good times for the royal family were eventually marred by the bad, and it seemed there would be no peace for any of the Stuart's unless it was in the grave.

4/5 I enjoyed this one, but there were too many people to hate in it. William of Orange I have already established my dislike for him, but the overwhelming Sarah Churchill reared her ugly head. She has taken William’s place as my most hated person during this period. I unquestionably loved the little Duke and his “army of men” they were so bad and funny all at the same time. I even found myself laughing out loud at his antics. Jean Plaidy is highly recommended here. This novel is one you have to read just to read about Gloucester because he made this novel great.

FTC-this novel is from my personal collection